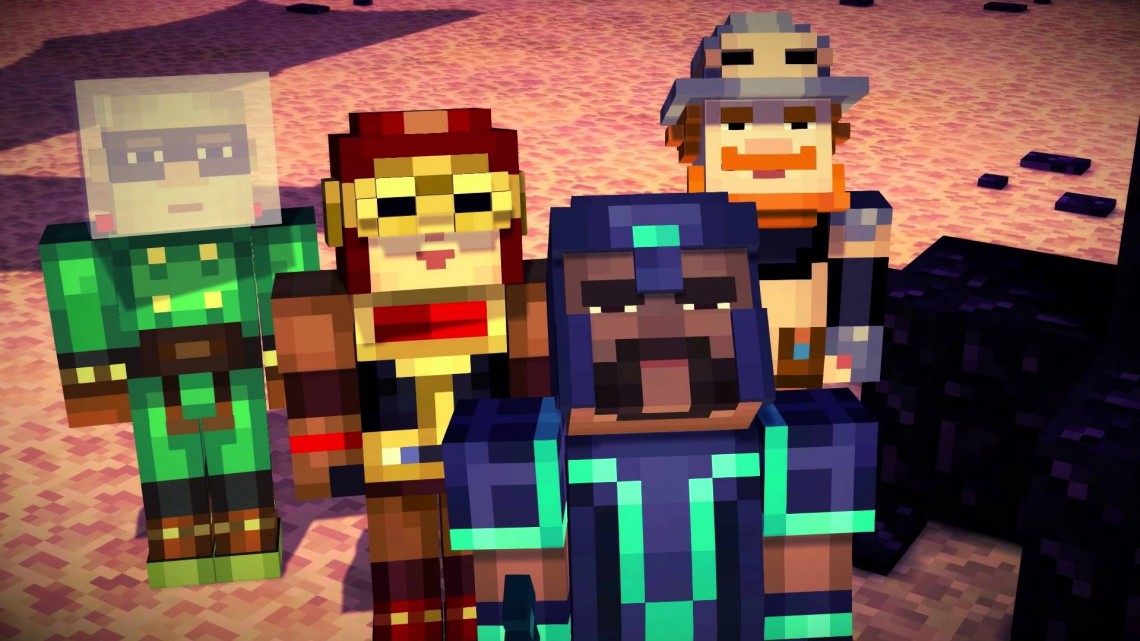 At this point, the game has been out for more than a week, and most of you have probably already played it, so I’ll treat this as more of a personal review, but I’m also going to try keep it as spoiler- 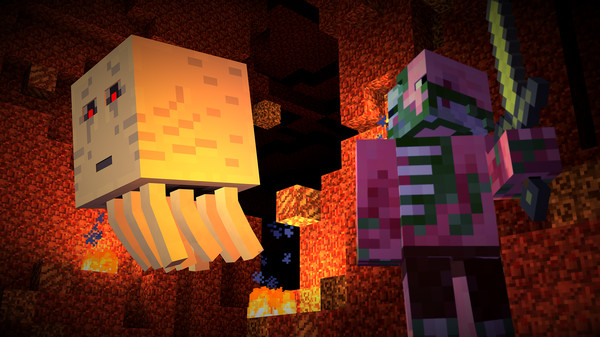 free as possible. Now, onto the review!
Firstly, points to Telltale games for including the ability to choose what your character looks like. An important part of a sandbox experience, and Minecraft, is the ability to define who your character is. Minecraft: Story Mode allows for part of that experience to be recreated. Secondly, a brief summary of events: you play Jesse, one of a group of four friends who appear to inhabit a small Minecraft server? That part’s not really well explained. After competing in a build competition, you attend “Endercon” – a Minecraft festival not too dissimilar from a local convention. (perhaps a bit smaller). An evil guy releases a giant monster on the convention, and things go downhill from there.

The ‘game’ is a series of dialogue choices, quick-time events and some sequences where you walk around and click on things. There’s also a sequence where you have to dodge fireballs, and another where you fight some zombies. Like any other Telltale game, it focuses more on story and less on action. This is perhaps one of Minecraft: Story Mode’s less quantifiable aspects. I liked the story a lot – it was entertaining, and quite a bit of fun to take part in. Yet I still don’t know a lot about any of the characters. I’m not sure what motivates them, why they act the way they do, and who they really are. Take Axel for instance – he can be quite annoying and arrogant towards most of the characters, yet it’s never really explained why. I’ll admit that some of my choices may have had some effect on this, but his character isn’t that well developed either, at least in my opinion.

As hinted at above, the gameplay is mostly mediocre. It serves as a vehicle to drive the plot forward. As with other Telltale games, the choices you make in dialogue sequences will affect how the game plays out later. At certain points, you can choose to leave people behind, or  force them to come with you. My one complaint with regards to this is the length of time given to read out the options is rather short – you can pause the game, but this isn’t really ideal. However, it does add a semblance of realism to the game – you literally have to make split second decisions.

Overall, I enjoyed the first episode, and can’t wait for the second to come, so I can play it. Beyond that, I’m not quite sure with this game. It’s fun, but is that enough? It depends.

Hey Gearcrafters! Now It's your chance to share with us, just hashtag #YoGearcraft on your Twitter post with a link or image to your art, creations, videos, servers or whatever and it will appear right on our #YoGearcraft page for millions to see! It’s that easy! So what are you waiting for!? Give us a shout out #YoGearcraft!
Tags: awesomeminecraftMojangstory modetelltale games