The Minecraft Franchise – A $2.5 Billion Investment 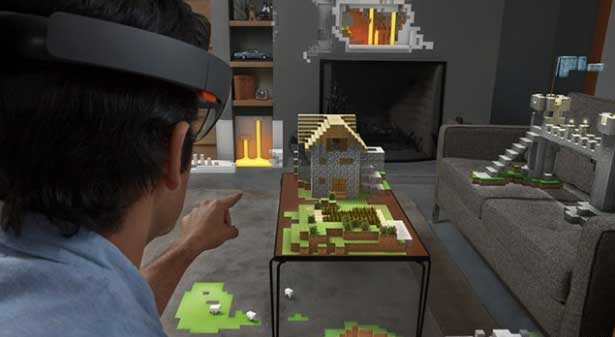 Minecraft Through the HoloLens

To most people and even most companies $2.5 billion is a ridiculous sum, but to Microsoft back in 2014, it was only 8% of their latest quarterly statement where they reported a gross record revenue of $24.5 Billion. Many wonder though if the purchase was too late and if Minecraft had peaked? We at Gearcraft have estimated Microsoft’s investment in the Minecraft franchise has already broken even.

The PC/Mac version up to date has sold almost 20 million copies. The last known Pocket Edition figures were announced back in Jan 2015 by Johan Bernhardsson, employee of Mojang, hit 30 million. Pocket edition is Android and IOS combined.

We have now (or very soon) sold 30 million copies of Minecraft Pocket Edition. You guys are awesome! :)

Please accept statistics, marketing cookies to watch this video.
But that is nothing. The Xbox 360 smashed those numbers within the first 24 hours of release, with up to 60 millin copies now sold on the xbox alone. Minecraft has been the MVP for Microsoft in the video games department for each quarter since its acquisition of Mojang. When Microsoft acquired Mojang, Minecraft had around 10 million copies in PC sales, since then it’s doubled. That’s about $250million, ($25x10mill), Let’s add the sales of pocket edition which is around $7 a copy. Since Microsoft’s invested, their return on PE alone has been around $160 Million by our estimates, if you look at this announcement in August, when they hit 20 million PE sales.

Xbox had around 12 million Minecraft copies sold when it was acquired, since then estimates are at a cool 60 million on all consoles or $1.8 Billion. Let’s keep going, Microsoft is not only earning revenue from the actual game, their xBox Live service saw a 32% jump since the acquisition, or around $144 million. Then you have merchandise which includes the LEGOs and clothing the top licensed merchandise sold, which numbers are unknown, but one can only guess its easily in the 100s of millions of dollars. Even CaptainSparklez has his own action figure:

Let’s Add It Up

This is all revenue since purchasing and all an estimate(in millions):

Uh? New kids are born and come to gaming age everyday. Kids that watch their older brothers and sisters want to experience Minecraft too, and being that the game is equally liked by both genders, Minecraft has no trouble getting attention. As one of our fans put it is that you can build anything your imagination comes up with.

In 2013 Minecraft was already reported making 2 billion in revenue, so all Microsoft has to do is just grow it a little bit, and within 12 months of their purchase they will have surpassed their investment. What is Microsoft doing to grow? If you haven’t been under a rock the word HoloLens might cause you to breath heavily, which Microsoft demo’d a augmented reality version of Minecraft at the E3 convention. Can you imagine how much Microsoft will make off that alone? They will probably sell 60 million bundles of a HoloLens/Minecraft pack the first quarter, at around $400, that’s $24Billion.

Besides HoloLens, Microsoft feels Minecraft is a good platform to learn programming on, we wouldn’t be surprised if Mircosoft announced a programming platform based on Minecraft.

Hey Gearcrafters! Now It's your chance to share with us, just hashtag #YoGearcraft on your Twitter post with a link or image to your art, creations, videos, servers or whatever and it will appear right on our #YoGearcraft page for millions to see! It’s that easy! So what are you waiting for!? Give us a shout out #YoGearcraft!
Tags: captain sparklezdiamond minecraftmicrosoftMinecon 2015minecraft franchiseMojang

Next post Check Out The White House Recreated in Minecraft!