What does it take to a successful Minecraft YouTuber? Determination, Passion, and Perseverance. It's what LBCrocodile is inspired to do.

Sometimes getting started is the hardest part of accomplishing a goal. LBCrocodile took the initiative to contact us to tell us why he wants to be featured on our player spotlight, he doesn’t even have a video on his YouTube channel yet, so why did we pick him? It’s because he possesses the most important quality of what Minecrafters are known for: Ambition.

LBCrocodile at the moment is like many gamers where they lack the equipment to record their own videos, but did that stop him? No, he made a network of friends who have the ability to record and participated in their sessions.

You can see him on @Croc Playz & @JoeyTheJaguarYT videos for the time being. 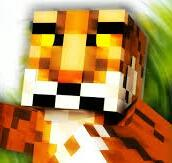 What makes LBC tick? Check out the interview below:

I started YouTubing so I could make videos for people to enjoy when I get recording software.

I don’t like Minecraft I love it is one of my favorite games because it is like a place with no limits at all you can do whatever you want to in Minecraft.

What do u think your audience will like about your channel?

My favorite videos from my channel so far are my channel trailer and I have more videos to come.

Well I guess from other channels would be ssundee’s madpack 3 beta and lots of his other series and Minecraft 7. Xbox videos by Croc Playz JoeyTheJaguar BoltzTheClown and Lion Maker.

I hope to be getting recording equipment by my birthday or Christmas and that’s it and see you later.

Hey Gearcrafters! Now It's your chance to share with us, just hashtag #YoGearcraft on your Twitter post with a link or image to your art, creations, videos, servers or whatever and it will appear right on our #YoGearcraft page for millions to see! It’s that easy! So what are you waiting for!? Give us a shout out #YoGearcraft!
Tags: croc playzLBCrocLBCrocodileyoutuber 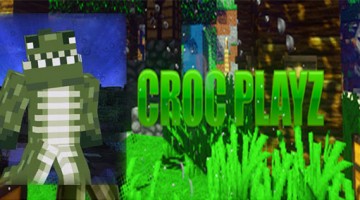 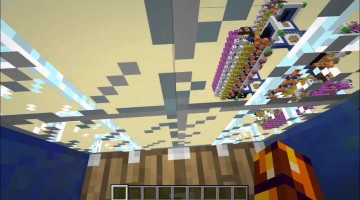 How to Become a Famous Minecraft Youtuber in 5 Phases