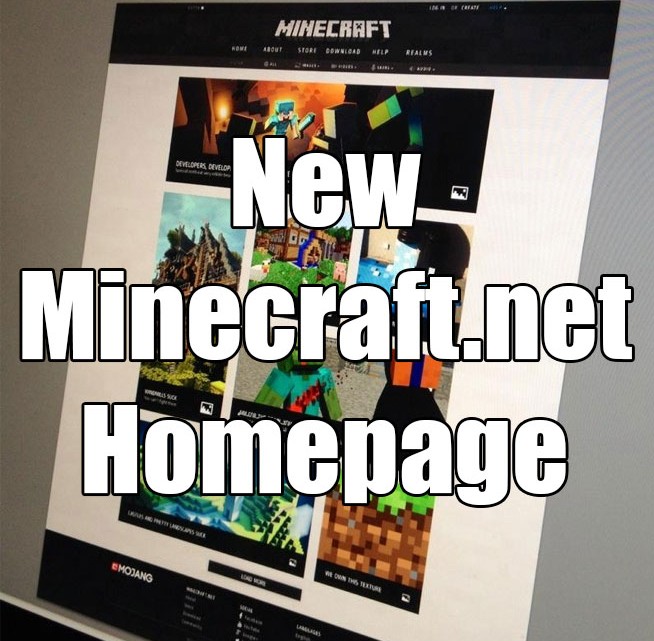 Minecraft.net – the original website, hasn’t changed in more than four years. With Microsoft’s acquisition of Mojang however, it appears that something is happening. Owen Hill, Mojang’s “Chief word officer” recently tweeted the following – a Mockup of Minecraft.net’s new homepage.

Here’s a sneak peek at something the websters, @jnkboy and I have been working on for a long time. It’s gonna be rad! 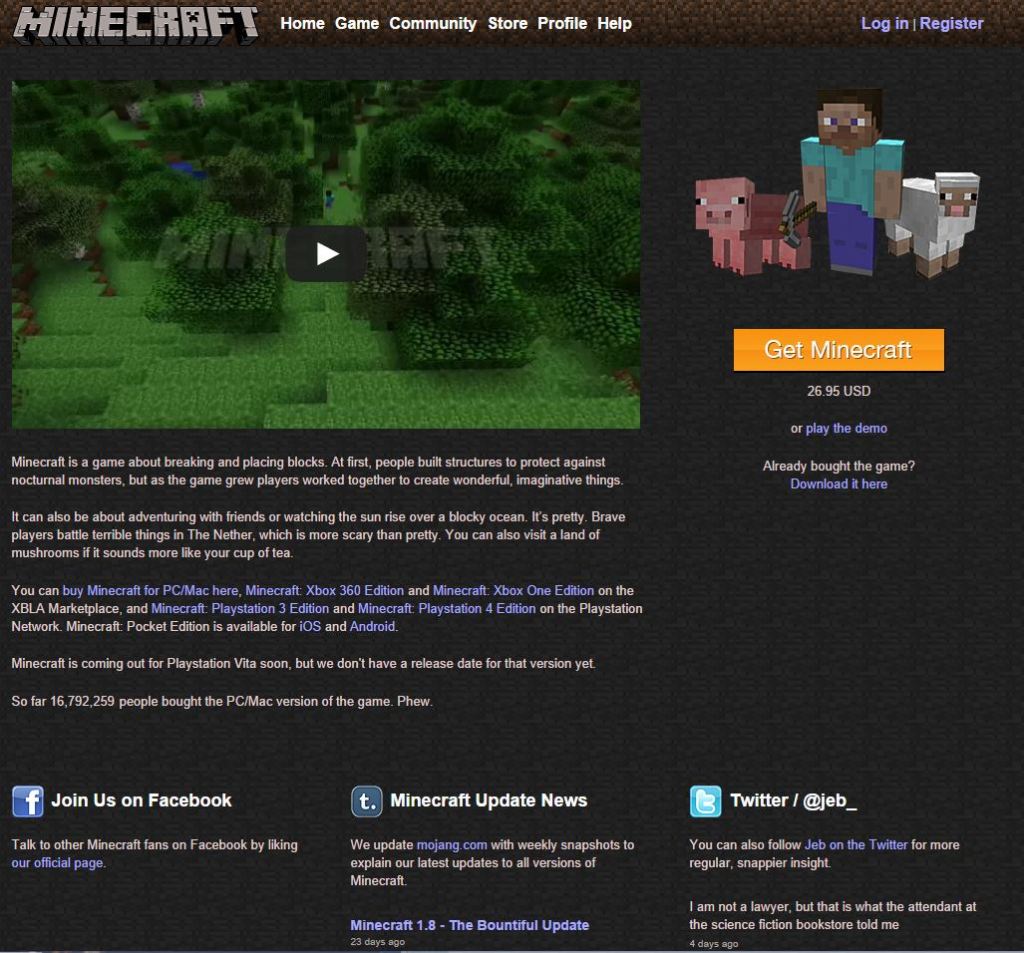 A boring site, with lots of text which no-one can be bothered to read.

While the design has been attributed to Microsoft by many in the Minecraft Community, Further investigation reveals that the design was created before Microsoft’s purchase:

@matt8348 @Bopogamel This was started way before that. We looked at a lot of grid based UIs though, like Metro.
@Junkboy 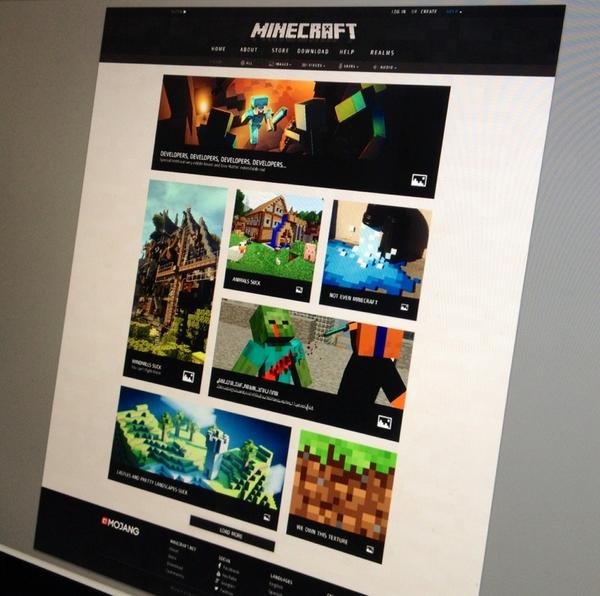 
A sleek homepage, with what appear to be a collection of images that show the different aspects of Minecraft, is something we would welcome. Minecraft has, for the longest time, faced the problem of a lack of game information. This new layout aims to solve it. We like the homepage, and look forwards to seeing it released.

What do you think about the homepage? Let us know in the comments below, and make sure you like our Facebook Page!

Hey Gearcrafters! Now It's your chance to share with us, just hashtag #YoGearcraft on your Twitter post with a link or image to your art, creations, videos, servers or whatever and it will appear right on our #YoGearcraft page for millions to see! It’s that easy! So what are you waiting for!? Give us a shout out #YoGearcraft!
Tags: new minecraft website homepage