Is This Mojang’s Newest Game???

This was originally posted to indiekings.com

Mojang has been rather silent on the game development front recently. While Scrolls and Minecraft have been receiving updates, nothing new has come out. That might have just changed however. A Trademark filing from Mojang for the product name “Blue Frontier” suggests that something new is on the horizon.

The trademark was registered on the 12th of November, and is shown below: 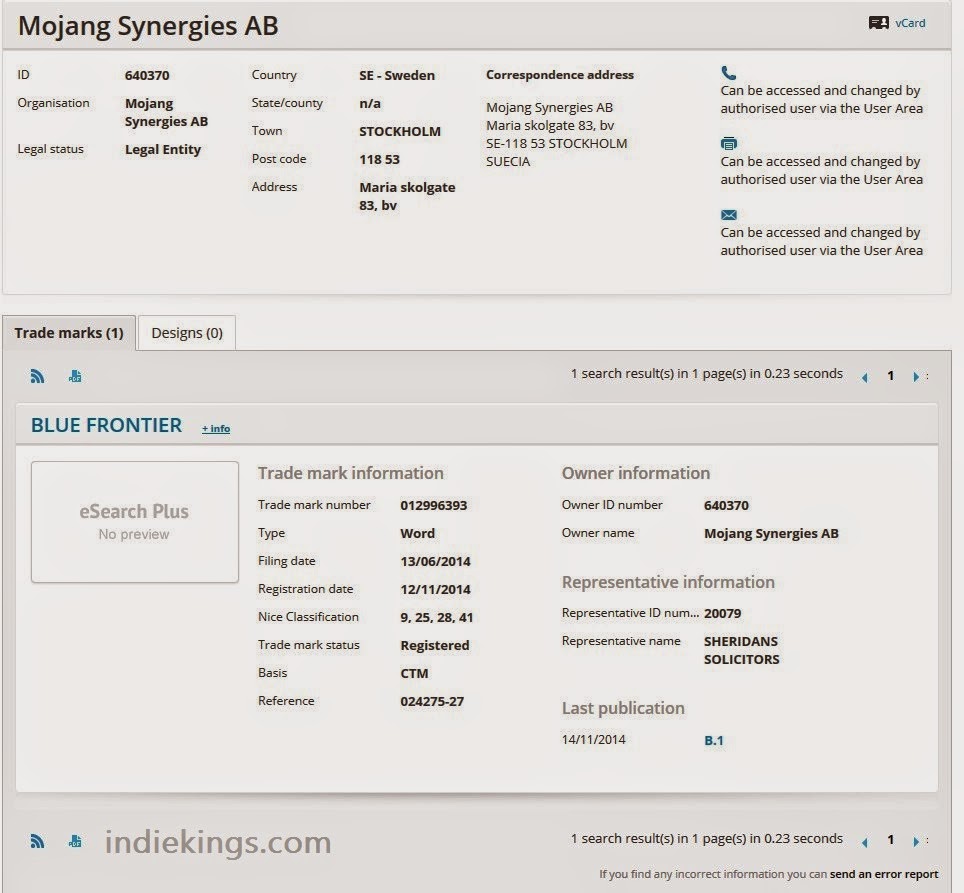 The trademark classification makes it look like it’s for a new game. As you can see below, it mentions specifically “Computer games; video games; computer and video games software; downloaded computer software publications” and a raft of other definitions for basically a ‘video game’. Furthermore, there’s a clear plan for merchandise.

With a name like “Blue Frontier”, i’m imagining a flight simulator, or perhaps a space colonization game. Maybe it’s just wishful thinking on my part, but I think either of those would be awesome. Another possibility is that this is an expansion for Minecraft. Not necessarily “2.0”, but instead extra content. “Blue Frontier” could be a reference to more ocean content, such as fish, pirate ships, coral and shipwrecks.

What do you think it is? Let us know in the comments below!

Hey Gearcrafters! Now It's your chance to share with us, just hashtag #YoGearcraft on your Twitter post with a link or image to your art, creations, videos, servers or whatever and it will appear right on our #YoGearcraft page for millions to see! It’s that easy! So what are you waiting for!? Give us a shout out #YoGearcraft!
Tags: awesomegameipmicrosoftMojangmojang ab

Previous post You Won't Believe How Lucky One Player's Find Is