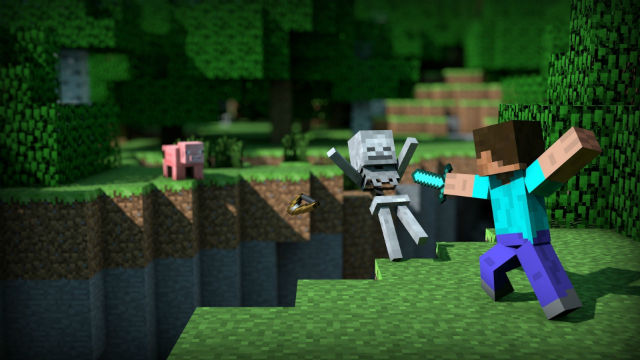 As we’ve learned, Minecraft 1.9 is the “Combat” update, and there’s a lot of hubub about what could be added. Mojang has today reached out to the Minecraft community to ask for ideas and suggestions. Dinnerbone has specifically posted on Reddit:

Minecraft 1.9 is going to be the combat update. I’m not going to tell you any more about it, but I do want to get your opinions and feedback on combat in Minecraft as it is right now – and hopefully what you think it could be like in your ideal future.

I want everybody who cares to tell me what they most like about the current combat mechanics in Minecraft, what you hate the most, what kind of combat you prefer doing and why (killing mobs to survive, team based pvp, custom maps, whatever) and ideally any/all suggestions you have for us to make it more fun.

We already have a lot of ideas, some done, some in progress and lots to review, but I still want the feedback from you guys – the ones who are actually going to use it in the end. I want to know that nobody really likes fighting with splash potions, or that melee is stupid and too quick, or whatever you have to say!

You may use this thread or go create your own[1] (creating your own will be better visibility!). Anything about combat is welcome, if it’s a list of potions you think could be a good idea or maybe we should remove swords entirely and have people stare each other to death, I want to hear it!

What do you want to see in Minecraft 1.9? Let us know in the comments below!

Hey Gearcrafters! Now It's your chance to share with us, just hashtag #YoGearcraft on your Twitter post with a link or image to your art, creations, videos, servers or whatever and it will appear right on our #YoGearcraft page for millions to see! It’s that easy! So what are you waiting for!? Give us a shout out #YoGearcraft!
Tags: combatminecraftMojangUpdate