What is MineZ 2? Gearcraft First Look 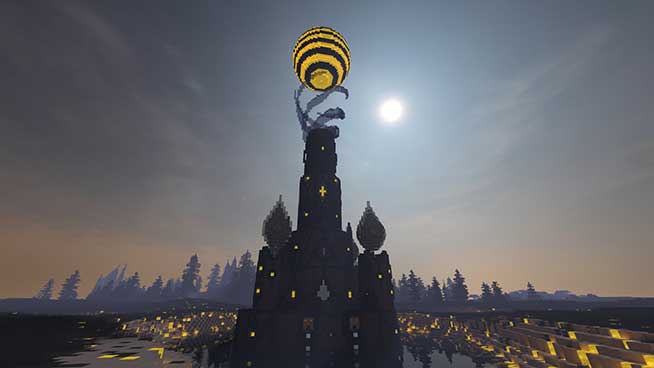 The Shotbow Network released MineZ 2 very recently, and we went on to have a look at what all the craze is.

I logged in, completed the tutorial, and joined the Grimdale server. 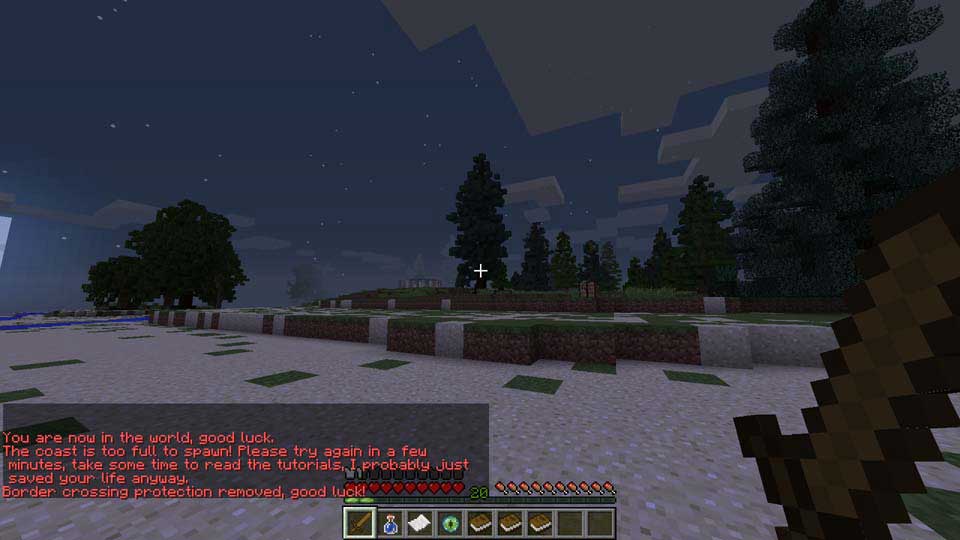 I quickly found my first loot—a pair of trousers. 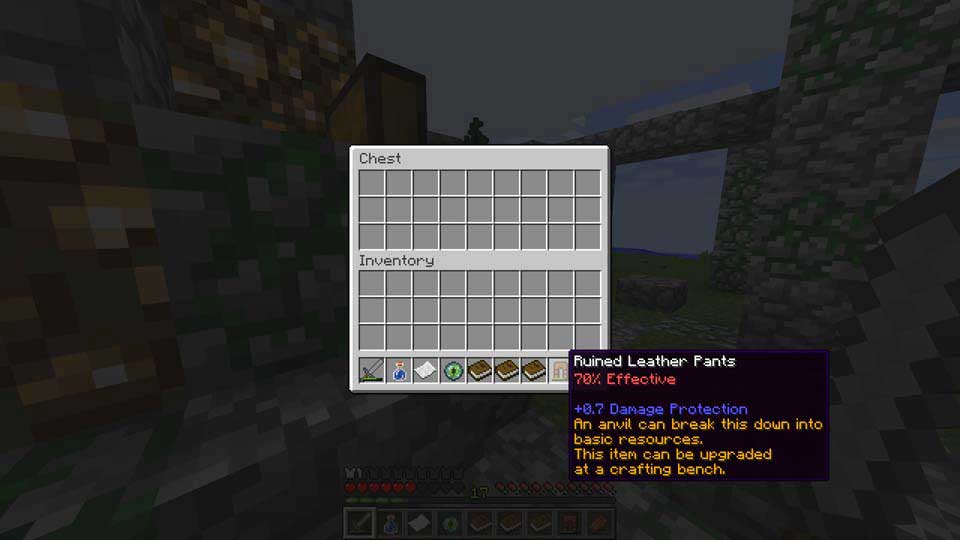 Upon drinking water directly from a river, I became infected. Apparently you have to boil water, or find clean stuff. 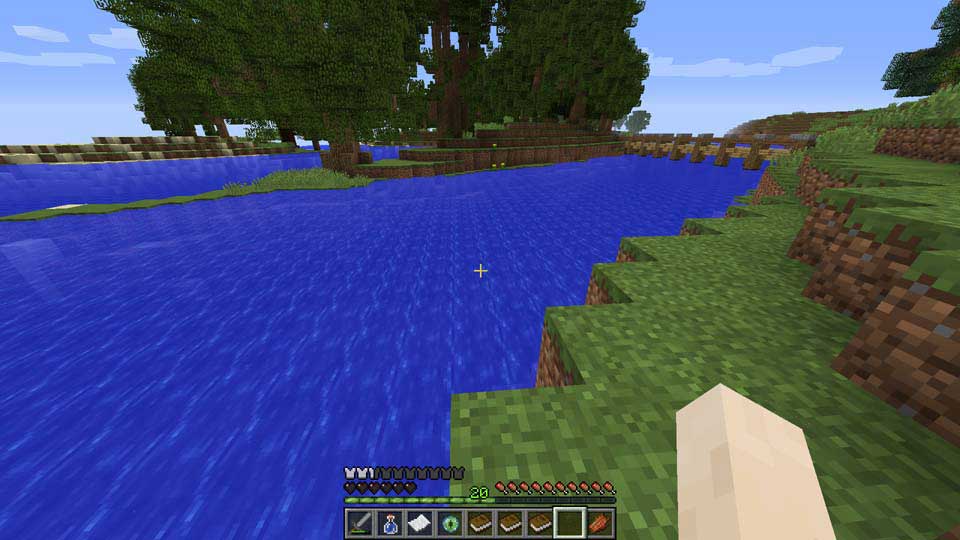 I met some other players, and hung out with them for a while, looting the town and killing zombies. 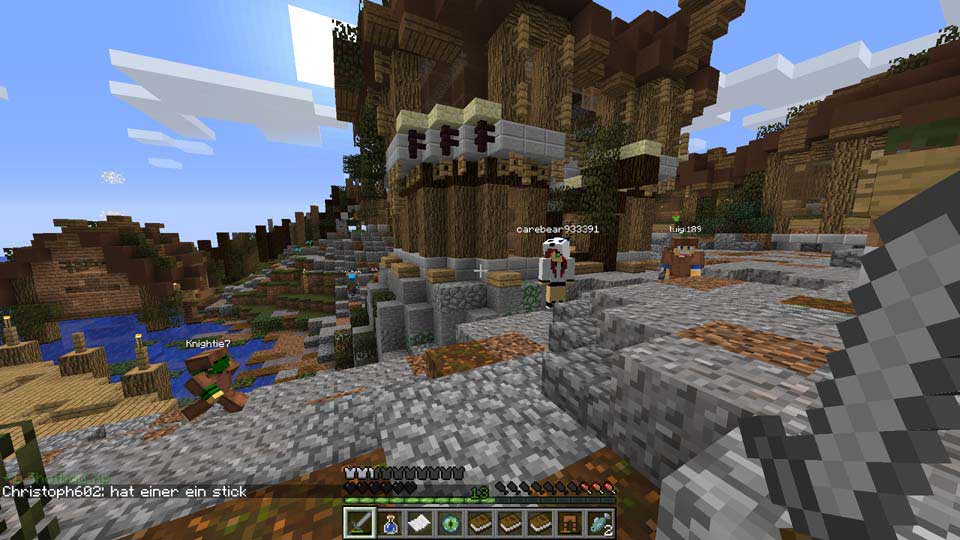 Ooh, an achievement. Apparently there are quite a few achievements, and you can increase your proficiency by completing them. 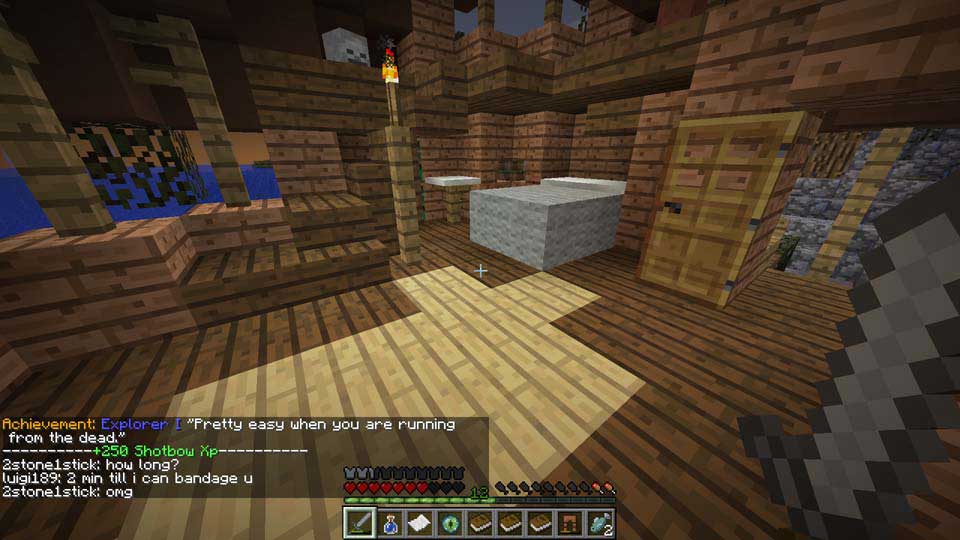 Eventually, I came to Asinda. This appears to be the main city in the south of the MineZ 2 world. It’s pretty big, and I spent ages looking through it. 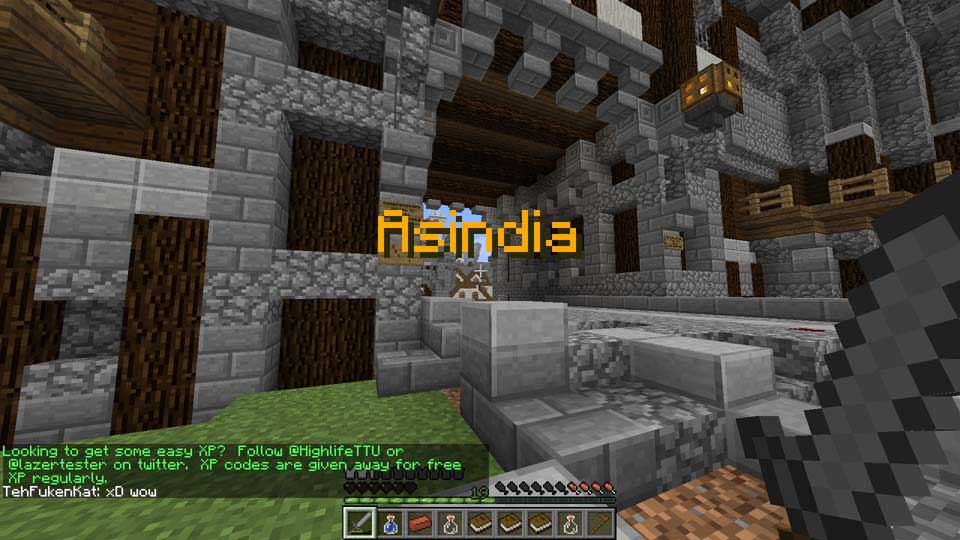 Did I mention it was pretty big? 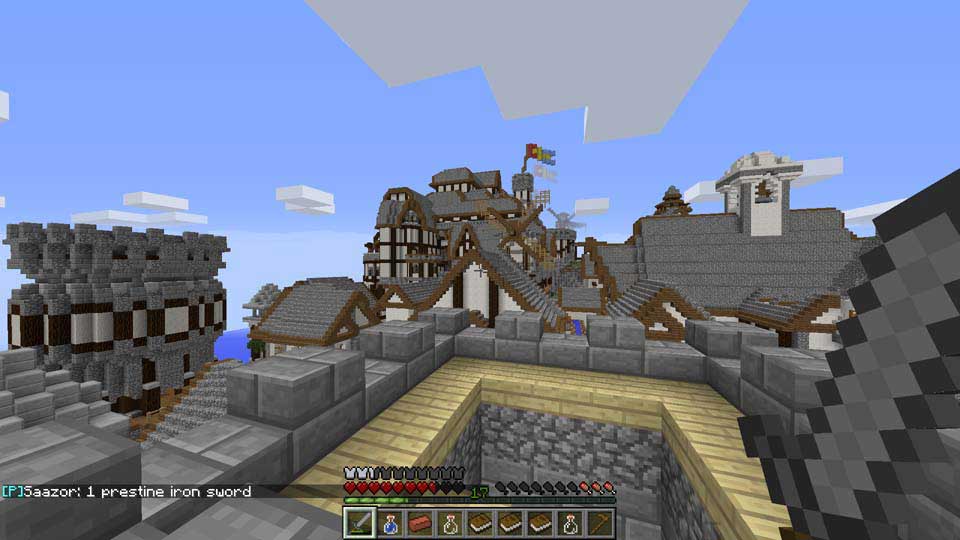 Within an hour, I had a lot of loot, including a coveted health potion. 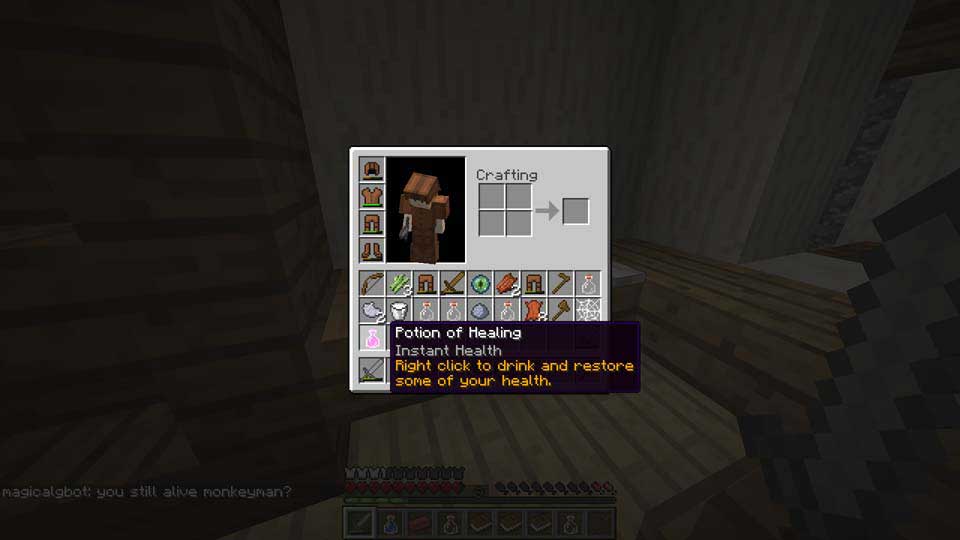 That was my experience. But what is MineZ 2 really? The Shotbow Network—Creators of MineZ 2—describe it as follows in their press release:

Sequel to the popular MineZ gamemode, MineZ 2 makes its debut. Featuring the core backbone of MineZ, MineZ 2 takes things to a whole new level. In addition to the existing bleeding, infection, hunger, thirst, and healing systems of the first game, MineZ 2 introduces an extended crafting system, various qualities of armor and weapons, harvesting, purifying water and cooking. As a coup de grâce for end game players can design and purchase their own housing and purchase upgrades such as limited storage. From a technical standpoint, MIneZ 2 is the first true Minecraft MMO in that a single realm persists across multiple servers, complete with dungeon instancing and full load balancing. Over 1,000 players can be on a single MineZ 2 realm at a time.

Having played on MineZ 2 for over an hour, I can safely say that i’ll be playing more in the coming weeks. It’s an awesome experience so far, and I can’t wait to fight the giants in the North. My only comment would be that there isn’t (in my opinion) enough food spread around. I very quickly ran out of stuff to eat.

Hey Gearcrafters! Now It's your chance to share with us, just hashtag #YoGearcraft on your Twitter post with a link or image to your art, creations, videos, servers or whatever and it will appear right on our #YoGearcraft page for millions to see! It’s that easy! So what are you waiting for!? Give us a shout out #YoGearcraft!
Tags: 1.8epicepic multiplayerminecraftminecraft 1.5 2 minezminezminez 1.6 2minez 1.7 2minez 2minez 2 wikiminez mapminez saison 2multiplayerservershotbow

Previous post Prepare to Forget Everything You Know about Minecraft Fireworks!