Minecraft Snapshot 15w45a Contains Bugfixes, and Not a Lot Else!

So I kinda missed covering the recent snapshots, and now when I have the time, it's nothing but bugfixes. 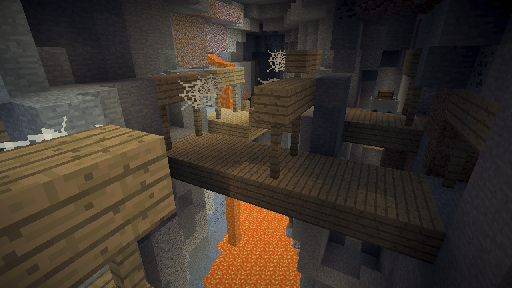 If you’ve been following Minecraft 1.9’s development snapshots, you’ll know that the next update to Minecraft will bring a number of changes to combat, the revamping of ‘The End’, and the addition of Elytra – mystical glidery wing things that are pretty cool.

At this point, it’s been more than a year since Minecraft 1.8 was released, which means that 1.9’s release date is hopefully going to be soon. The most recent snapshot alludes to this, as it’s mainly full of bugfixes with a few performance updates also included. Mojang also states that “We’re getting closer to a release version of Minecraft 1.9 and this is another snapshot on our way to get there. In the coming weeks we will focus more on performance, stability and bug fixing.”

So, what bugs have been fixed? a lot:

To get snapshots, open your launcher and press the “New Profile” button. Call it “snapshots” and check the box saying “Enable experimental development snapshots” and save. To switch to the normal version, you can select it in the dropdown at the bottom left corner of the launcher.

Snapshots can corrupt your world, Make sure to  backup and/or run them in a different folder from your main worlds.

Hey Gearcrafters! Now It's your chance to share with us, just hashtag #YoGearcraft on your Twitter post with a link or image to your art, creations, videos, servers or whatever and it will appear right on our #YoGearcraft page for millions to see! It’s that easy! So what are you waiting for!? Give us a shout out #YoGearcraft!
Tags: 1.9developmentminecraftMojangsnapshot

Next post Control your Minecraft's Character's Face With FaceRig

Previous post Life Nexus - Are These The Most Epic Shaders Out?