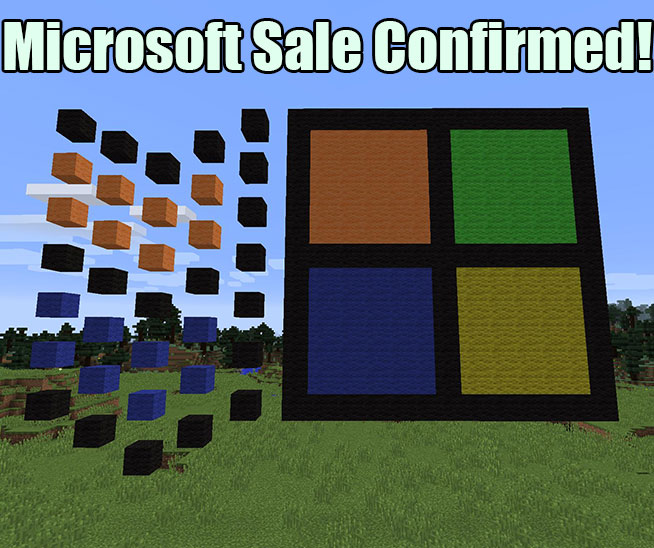 Mojang today released a statement on their website, confirming rumours that have been swirling around for the last week.

Here’s the press release in full, from mojang.com:

Yes, the deal is real. Mojang is being bought by Microsoft.

It was reassuring to see how many of your opinions mirrored those of the Mojangstas when we heard the news. Change is scary, and this is a big change for all of us. It’s going to be good though. Everything is going to be OK. <3

Please remember that the future of Minecraft and you – the community – are extremely important to everyone involved. If you take one thing away from this post, let it be that.

We can only share so much information right now, but we’ve decided that being as honest as possible is the best approach. We’re still working a lot of this stuff out. Mega-deals are serious business.

Why did you sell Minecraft?
Minecraft has grown from a simple game to a project of monumental significance. Though we’re massively proud of what Minecraft has become, it was never Notch’s intention for it to get this big.

As you might already know, Notch is the creator of Minecraft and the majority shareholder at Mojang. He’s decided that he doesn’t want the responsibility of owning a company of such global significance. Over the past few years he’s made attempts to work on smaller projects, but the pressure of owning Minecraft became too much for him to handle. The only option was to sell Mojang. He’ll continue to do cool stuff though. Don’t worry about that.

There are only a handful of potential buyers with the resources to grow Minecraft on a scale that it deserves. We’ve worked closely with Microsoft since 2012, and have been impressed by their continued dedication to our game and its development. We’re confident that Minecraft will continue to grow in an awesome way.

Minecraft means many different things to millions of people across the world, and to each and every Mojangsta. We feel that this is the best way for everyone – you guys included – to benefit.

What about the other editions of Minecraft? Will they stop being developed?
There’s no reason for the development, sales, and support of the PC/Mac, Xbox 360, Xbox One, PS3, PS4, Vita, iOS, and Android versions of Minecraft to stop. Of course, Microsoft can’t make decisions for other companies or predict the choices that they might make in the future.

We’re extremely proud of all editions and the awesome things you have achieved through playing together.

Is the game going to change? Will we still be able to make videos, mods, awesome builds, and all the cool stuff we’ve created over the past few years?
Minecraft will continue to evolve, just like it has since the start of development. We don’t know specific plans for Minecraft’s future yet, but we do know that everyone involved wants the community to grow and become even more amazing than it’s ever been. Stopping players making cool stuff is not in anyone’s interests.

What about the Mojang staff? What’s happening to you guys?
Though it’s too early to confirm which of us will continue working on Minecraft or other projects, we predict that the vast majority (if not all) Mojangstas will continue to work at Mojang for the time being.

The founders: Notch, Carl, and Jakob are leaving. We don’t know what they’re planning. It won’t be Minecraft-related but it will probably be cool.

What’s happening to the other Mojang projects, like Scrolls?
We don’t know yet. We’ll share any news as soon as we do.

Will you still be able to tweet about features and interact with the community on a personal level, just like you’ve done over the years?
Yes! That’s not going to change.

How much money was the company bought for?
Microsoft acquired Mojang for a smooth 2.5 BILLION dollars.

Thanks for reading everybody.

What does this mean for Minecraft?

In our recent article “The Future of Minecraft”, we discussed all number of possibilities. They range from Minecraft 2 to Minecraft restaurants.

What are your thoughts on the purchase? Let us know in the comments below!

Hey Gearcrafters! Now It's your chance to share with us, just hashtag #YoGearcraft on your Twitter post with a link or image to your art, creations, videos, servers or whatever and it will appear right on our #YoGearcraft page for millions to see! It’s that easy! So what are you waiting for!? Give us a shout out #YoGearcraft!
Tags: 2.5billionmicrosoftpuchase 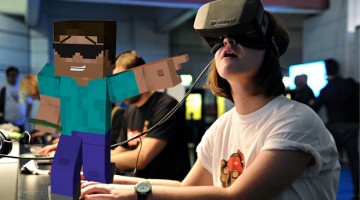 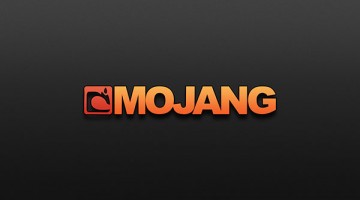