Earlier this year, Microsoft announced Hololens, a new Augmented Reality project. At the time, they demoed it with Minecraft, showing off the potential to merge the world around with Minecraft. Now, we’ve got another look at this awesome new technology. At E3, Microsoft showed an updated demo, and it looks pretty awesome. 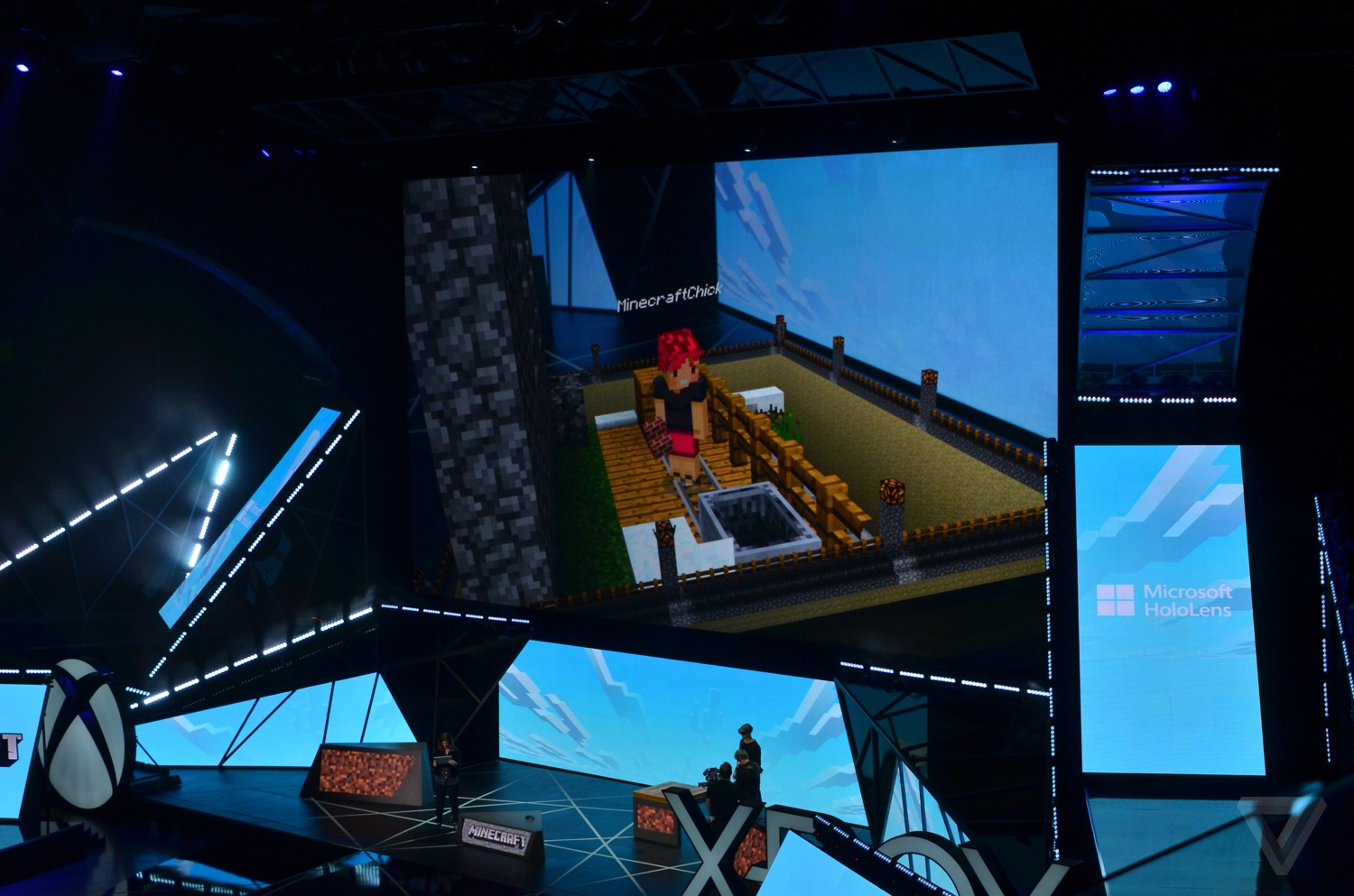 In a reddit thread on the demo, Mojang staff Tommo and Grum confirmed that the demo is running on Minecraft Pocket Edition, and that the final product will run on a version of Minecraft PE.

Is this the future of gaming? Possibly. Is it awesome? Heck yes!

Up Next: Will Minecraft Be Around in 100 Years? Absolutely, and Here’s Why!

Hey Gearcrafters! Now It's your chance to share with us, just hashtag #YoGearcraft on your Twitter post with a link or image to your art, creations, videos, servers or whatever and it will appear right on our #YoGearcraft page for millions to see! It’s that easy! So what are you waiting for!? Give us a shout out #YoGearcraft!
Tags: e3HoloLensmicrosoftminecraftPocket Edition

Next post A New Mega Man Resource Pack in Minecraft