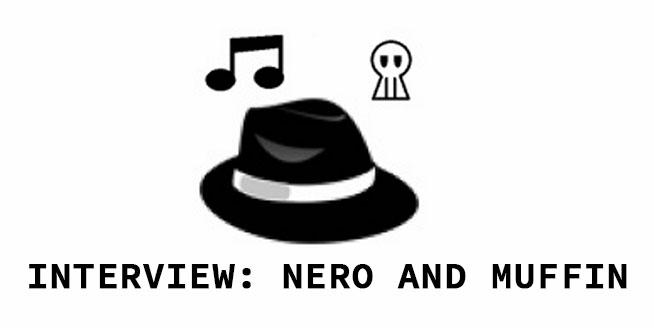 This week, continuing our interview series, we talked to the man behind Science in Minecraft—NERO and MUFFIN. 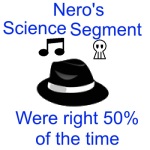 “Nero’s Science Segment” isn’t a minecraft series, but the 6th episode focused on Minecraft, and provided interesting ideas. Apparently the “were right 50% of the time” is a pun, rather than a typo, so we’ll go with that.

Tell us a bit about yourself
I am Nero, a college student majoring in biology, but have to take almost all major forms of science to get that degree. I enjoy games, music, anime, cartoons, comic books/graphic novels, cooking, and hats. Pretty eclectic. I use to do a lot of intern work at a TV station and a lot of public speaking, mostly about politics to large crowds of people. That was all for about 4 years (the public speaking and the TV Internship). After that I went to Youtube since it let me use a lot of the skills and knowledge I had developed and I didn’t have a place for those skills in my daily life.

Who’s Muffin?
Muffin is my dog Bo, when I started making videos 2 years ago he was always with me when recording so he just wound up being a part of the channel. 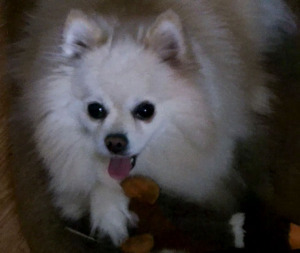 When I decided to come up for a name for the channel I formally made him my Co-Host. Muffin is one of the many nicknames he has gotten over the years, and Nero and Muffin sounded more appealing to me than Nero and Bo.

Do you have a day job? If so, what is it?
I don’t have a day job, I am a college student. I guess that itself could be considered a day job given all the work I have for it.

How did you get into Youtube?
I started Youtube a bit while I was still doing some intern work at a small TV station in my town. My first few videos I made and uploaded were actually me testing the quality of footage one of our cameras could get off of a TV. They were never intended to be uploaded, but I did it for the fun of it. Eventually towards the end of my 3rd and a half year at the studio I was told by the new executive producer that I would no longer be needed for assistance, despite working out an agreement with the previous executive producer to let me stick around and keep assisting the town with its broadcasts. After this I was pretty depressed for about a week or two, close to 4 years of training and experience that I would never have a use for. Then I remembered I had this Youtube Channel I set up a few years ago just for screwing around and wasting time, and decided to go full force into making it my own tv studio. To give me a place to apply all of this training and knowledge. In a sense I got into it partly for time wasting and then fully for replacing my lost internship. It also gave me a place to use a lot of my old public speaking practice and training since I didn’t really have a reason to continue giving speeches, I was getting pretty tired of talking about politics and analyzing the actions of a bunch of different people or events. Youtube let me talk about what I wanted to talk about and use all of my acquired skills at the same time

What’s the best perk of being a youtuber?
Getting to listen to people’s comments. I know most other Youtubers complain about them, but I really enjoy hearing from people and urge my viewers to express their opinions. I use to do a lot of public speaking and debate so I just like hearing another persons take on things. Whenever I see the bell icon on Youtube show a new notice I get filled with excitement to hear what someone had to say. It really is the best perk.

What’s your daily schedule like?
Get up around 7 am, play with Bo a bit and get everything ready for classes that day. Monday, Wednesday, and Friday I have some classes at my actual college so it is a long drive in, stay for an hour or so, then a long drive back for some evening classes at a center near where I live. Then on Tuesday and Thursday I only have classes at the center nearby, and those are only an hour and a half each. When I get home from those I unwind a bit and then record for an hour or two. Then each night from say 7-8:30 pm I edit, schedule, and work on many of the other things I do for Youtube. I should also mention that while I am attending classes I usually have 2 or 3 videos uploading while I am away. I keep to a very timely schedule so I can make sure I can keep doing Youtube without it interfering with my classes or my classes interfering with Youtube.

What’s the greatest challenge?
The greatest challenge would be trying to find things that interest people, sometimes I can hit it, but other times the ball goes way off into left field. I don’t get a lot of feedback from viewers, so it is hard to find out if they enjoy what they are watching. Most of the time it is a guessing game.

What inspired you to make a Minecraft episode of your Science Segment?
The whole point of my Science Segment is to educate the viewer on science things using a medium that interests them. Minecraft is a thing people really enjoy, including me, and as I was outside with Bo watching him bark at the other dogs I thought why not do a Minecraft themed video? That idea ruminated in my mind and one of the problems I faced was what question to ask and then answer. I eventually decided to ask the community of Planet Minecraft, and Votable for questions and the Planet Minecraft community came with a whole bunch, practically all of the questions came from Planet Minecraft except one. When I just kept getting questions I decided to put them all into one video instead of 18 individual videos. The overall inspiration was just wanting to make something educational, using a medium people liked. That was Minecraft. If you actually go back to the video I didn’t really talk specifically about Minecraft, I talked more about real life science and how it applied to Minecraft.

Can we expect any more Minecraft content?
Possibly, I have been playing through the Pixelmon mod on my channel, but come November I plan on playing through a mod pack I found that I haven’t seen anyone else doings videos of. It is a shame because the mod pack is pretty neat, but I’m not going to give away what it is yet, its a surprise. So you will have to subscribe to catch it when it comes out.

At the moment, you have quite a small channel. Do you plan to grow the channel?
I do, I have been doing all I can to get myself out there, posting on forums, talking to my current subs and friends to share these videos with friends, and even getting help from indie devs. I play their game and make a video of it and they usually retweet it for me. Its awesome in two ways, one I get some publicity and two I get to play these really awesome games some of the devs make.

What’s some advice you’d give to those trying to get started in the Youtube Scene?
I guess it would be to find what makes your channel different from the thousands out there and why are you doing Youtube? There are thousands of Minecraft only channels, of gaming and LP channels. So what makes unique, your channel composition? My Co-Host is a dog, I make science content about games, I do LPs of other games not just Minecraft. Sure these are not original ideas, there really is no such thing anymore, but the composition is unique to me. Not just gaming, but educational material and Dog Content. As for the reason you do it, it should be because you enjoy it, you have a purpose for it. If it is just to be popular it is going to fail. So my advice to you it to ask yourself 2 questions. What makes your channel unique? and why are you doing this? If you can’t be honest to yourself and answer those questions, you may just set yourself up for some hard times.

Want to be featured in an interview on Gearcraft? We’re always looking for youtubers, server admins and other Minecraft personalities.
Send me an email – [email protected], and i’ll be in contact.

Hey Gearcrafters! Now It's your chance to share with us, just hashtag #YoGearcraft on your Twitter post with a link or image to your art, creations, videos, servers or whatever and it will appear right on our #YoGearcraft page for millions to see! It’s that easy! So what are you waiting for!? Give us a shout out #YoGearcraft!
Tags: interviewminecraftsciencevideoYouTube