This is a little bit late, mainly because I was waiting for an official Mojang response, but also due to timezones. 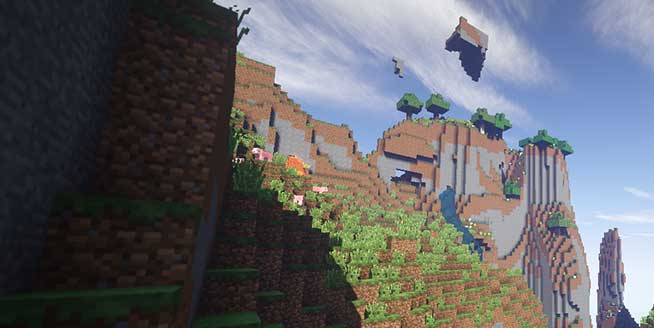 I woke up yesterday morning to find that, 20 months later, Mojang was actually beginning to enforce their Brand Guidelines and End User License Agreement (EULA), with regards to servers charging for “pay2win” ranks, perks and other bonuses. In other words, the sky was finally falling. However, this was a developing story, so I decided to wait another day, and see what would happen. Now, here’s a summary of everything we know so far.

In the latest 1.9.3 snapshot (Minecraft 1.9.3 rc3), Mojang implemented a small piece of code which stops players from playing on certain servers. More specifically, a piece of code, and a corresponding (hashed) list of servers. This list has been partially cracked, revealing some of the servers which Mojang is blocking. These include the following:

You can see the full list of cracked hashes here.

These servers are all in violation of the EULA, for selling perks that affect gameplay. Since the snapshot is an in-development version of Minecraft, it doesn’t affect a lot of people (yet). However, if Mojang pushes this code to Minecraft 1.9.3, it will affect a large portion of the playerbase. However,  a number of the affected servers haven’t fully updated to Minecraft 1.9 yet, or aren’t planning to at all, so they won’t be affected if players are using, say Minecraft 1.8

One potential issue with Mojang’s implementation is the way it appears to players. Currently, it appears that if the server matches one of those on the list, the game waits 100ms, then returns a generic “Couldn’t connect to server” error. This could simply be for testing purposes, with the actual release explaining to players why they can no longer access a server. Whatever the reason, it still feels quite underhanded to simply cut the connection and not say why.

Source code that responds with generic error, provided by Gjum

It also appears that many of the affected servers have been sent a number of emails from Mojang’s “brand enforcement” team. One of these emails was posted on the SpigotMC forums by Vaquxine, and you can read it in full there. Other server owners have confirmed recieving similar emails, all sent from [email protected] The emails outline a number of issues with the server, suggest potential fixes for those issues, and then give the server owners 7 days to respond, with threat of legal action if the servers don’t comply.

In June 2014, Mojang took steps to clarify their EULA, setting down guidelines for how servers could make money. In short, server owners could do the following:

Any perk which provided a gameplay advantage was off the table. Large servers like Hypixel and Mineplex moved quickly to change their business model, while smaller servers either ignored Mojang completely, or decided to wait until confronted by lawyers.

You can read the entire EULA here, as well as Mojang’s initial clarification post, and a Q&A followup.

A number of the affected servers have banded together and written an open letter responding to Mojang, claiming that “we are on the verge of death for Minecraft as you know it”, and suggesting that EULA enforcement will lead to servers closing their doors due to the high operating costs. The owners suggest contacting Microsoft via social media, and let them know that Mojang will “hurt their own game”.

At the time of writing, the letter has been signed by the following servers, not all of which have been affected yet:

At the time of writing, we still don’t have an official comment from Mojang. Of course, they don’t really need to comment, given that servers have had 20 months to comply with the EULA. Servers are likely to either comply with the EULA, or stay on previous versions of the game for now. There was a Change.org petition asking Mojang to stop blacklisting servers, although it appears to have closed with only 13 supporters. For now, we’ll have to wait and see.

Hey Gearcrafters! Now It's your chance to share with us, just hashtag #YoGearcraft on your Twitter post with a link or image to your art, creations, videos, servers or whatever and it will appear right on our #YoGearcraft page for millions to see! It’s that easy! So what are you waiting for!? Give us a shout out #YoGearcraft!
Tags: enforcementeulaminecraftMojangserver