Does Gaming as a Child Have a Negative Effect on Your Social Development?

First Rock n Roll was bad for your kids, then video games. Adults who grew up playing games are now passing on that activity to their children, will it have a negative effect? 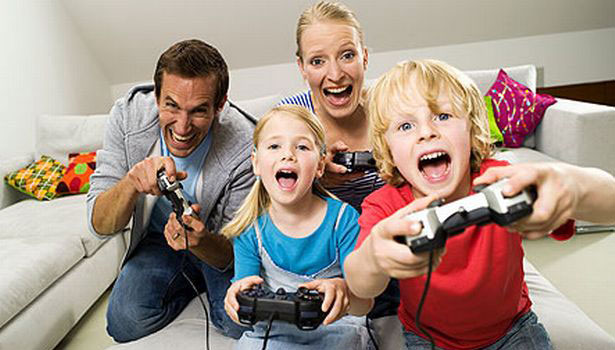 As gamers we are bombarded by articles stating how gaming is bad for us, reduces concentration levels, isolates us from friends and family and limits our interactions with the outside world! Over the course of the summer Gearcraft has been fortunate to speak to 3 young British gamers who are among a growing number of new school YouTubers, turning all the pre-stated comments on their heads.

Ethan is 8 years old from MineCreateTime and has been posting videos since January this year. The father and son team have built to almost 450 subscribers with over 17,000 views! Focusing mainly on Minecraft, Ethan also posts videos on LEGO and some reviews too. While Ethan takes the lead in his videos, both father and son collaborate on the production side with the parents taking control of the Social Media side of things. They began with a camera pointed at the TV as Ethan played and commented. On a budget they then went on to purchase a capture card and began recording more frequently.

Liam from Sparky and Son is 6 years old and has also been posting since January this year. With over 300 subscribers and steaming towards 11,000 views the father and son team have posted 122 videos using both PC and Xbox One on a variety of different games. Their style is father and son playing side by side sharing laughs, failures and triumphs. They started on January 14th with a little introduction to Minecraft on the Xbox one using the festive texture pack and only a laptop mike and no facecam!

Finally we have McKenzie age 10 from QuistySnr and QuistyJnr.  Now reaching 525 subscribers with almost 10,000 views to their channel, this father and son team cover a range of different gaming genres from Minecraft, un-boxing, and blogs to Retro let’s play videos. Being the oldest of the three boys McKenzie is now looking into starting his own spin off channel (of course with lots of support from dad) and is currently building content and working on developing his own style ready to go live later this year.

So you may say that’s not that many subs or views, and yes compared to some of the full time ‘Big Boys’ it’s not, but this isn’t all about the numbers it’s about quality family time.

All 3 boys are still very young sharing something they enjoy with their parents. Talking to all the families there are some striking similarities .Firstly all 3 started their channels with the boys approaching their fathers and asking for their help to make videos after watching other YouTubers.  It goes without saying that when asked is this experience improving family relations there was a resounding yes from all parties!

Secondly all 3 boys have varied interests outside the gaming world with Ethan enjoying Family Fishing trips, Bike rides, swimming and Beavers. Liam loves his swimming lessons, playing outside with his Nerf Guns and the many Birthday Parties that any parent will know dominate your weekends at this age. McKenzie enjoys trying out new tricks on his scooter, swimming and has a keen interest in Space! All this being said I think we have addressed the issue that children who Game don’t become isolated from the outside world. This is largely down to responsible parenting and managing their social life in a balanced manor, but so much more than that. This is about parents taking an active role in their children’s social lives while the children will still let them. It’s about being a family, in the same way as a sporty dad would take their son down the park to kick a football or a food loving dad would have his son helping in the kitchen. These gaming dads are taking the time to share something they love with their children while ensuring they have a balanced and happy social life.

The final question we posed to the families was ‘has this experienced benefited the children in any way? The replies we received were so enlightening that we will hand you over to the dad’s in their own words

QuistySnr ‘Yes, because we both love gaming and get to spend time together doing something we both enjoy, YouTube has helped build his confidence as he’s quite shy, so positive’

MineCreateTime ‘Yes, of course  it’s brought us closer together but we have always had a brilliant bond. We have seen his confidence and ability grow with time, as has his enjoyment, doing something that he loves to do. He also loves to attend gamming events and meeting the bigger You Tubers that inspire him so much. At the moment Ethan loves playing games and recording, and we will continue with that we have been doing for as long as he wants to.

Sparky and Son ‘Yes he has learned a lot through YouTube, he keeps teaching me things too! But the main thing is he is such a confident person and his vocabulary is improving. Some of the words he comes out with I wouldn’t expect from a 6yr old (not expletives!) and he even manages to use them in the right context! This has definitely enhanced our relationship as we can share with everyone what fun we have playing games together, he especially loves choosing the forfeits when I have to do them! Some of our best moments have been getting to meet some of the people he loves to watch and getting to play and record with friends made through twitter on our server. The main thing from me is that he gets to have fun then I do all the hard work!

So this leads us back to our opening Question does gaming as a child have a negative effect on your social development? Looking at these 3 young boys (and there are many Girls and Mums out there doing the exact same thing) here at Gearcraft we can confidently say no. When parents take an active, balance approach it can have the exact opposite effect.

These three stars of the future are working at building their craft, educating themselves, building family ties and building their confidence. Keep it up guys and we will be looking out for you.

Hey Gearcrafters! Now It's your chance to share with us, just hashtag #YoGearcraft on your Twitter post with a link or image to your art, creations, videos, servers or whatever and it will appear right on our #YoGearcraft page for millions to see! It’s that easy! So what are you waiting for!? Give us a shout out #YoGearcraft!
Tags: gamingkidsMineCreateTimeparentsQuistySnr and QuistyJnrSparky and sonyoutubers

Gearcraft is Reporting Live From Minecon 2015 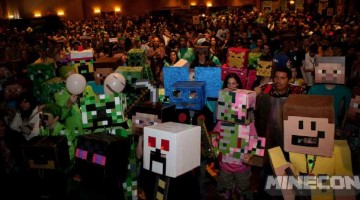 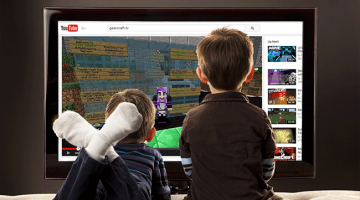 Is Minecraft Targeted At A Younger Audience? [Opinion] 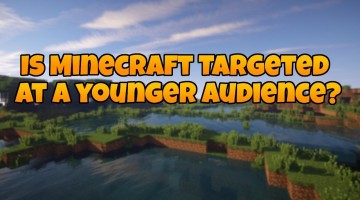