5 Minecraft Songs for your Birthday Party 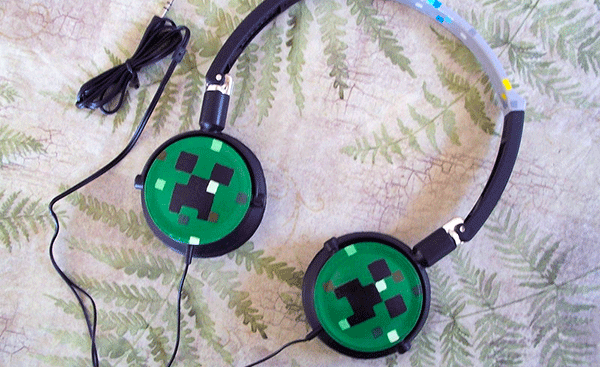 We’ve heard so many Minecraft song parodies over the past couple of years that we decided to make a list of the best 5 songs. They are perfect to play during your Minecraft birthday parties.

Still popular till this day, The Minecraft album has all the in game music plus Minecraft inspired tunes. When you can’t play Minecraft but still want to HEAR Minecraft, this is the perfect album for your MP3 player. It’s very relaxing and easy to fall asleep to.  Imagine my delight when I learned that I could listen to the music without the risk of skeletons, zombies, creepers, and endermen! I love even more knowing that the composer was so young and talented. Buy it on Amazon

Please tell me you’ve already heard this awesome song!?!?! This Minecraft parody of Katy Perry’s Last Friday Night by Brad Knauber has over 60 Million views! The video is also very fun to watch. I just hit repeat on it right now while I was writing this article actually. Give it a listen, and tell me you don’t want to hear it again?! Buy it on Amazon

I’m not even going to mention it, but this video originally got more views that the song it parodies! That just goes to show you what an awesome song this is. With lyrics like “Cause baby tonight, the creeper’s trying to steal all your stuff again” and “Just when you think you’re safe, overhear some hissing from right behind,” you can see how any Minecraft fan could relate. Buy it on Amazon

What can we say, CaptainSparkles has a beautiful voice. This video has gotten over 90 million views and one of my personal favorites. The lyrics are well written and the music is produced perfectly compared to the original song. Just got to play it over and over! Buy it on Amazon

Another Coldplay parody, this one has had over 55 millions views so far and is very well written. Go ahead and give it a listen and ask yourself if you can’t live without it. Buy it on Amazon

We wanted to give a special mention to Wolfrik, who is an up and coming Minecraft singer. Check out one of our favorites, a parody on the hit song Radioactive:

If you want to find out more about Wolfrik, we did an exposé on him a couple weeks ago, here.

Hey Gearcrafters! Now It's your chance to share with us, just hashtag #YoGearcraft on your Twitter post with a link or image to your art, creations, videos, servers or whatever and it will appear right on our #YoGearcraft page for millions to see! It’s that easy! So what are you waiting for!? Give us a shout out #YoGearcraft!
Tags: Minecraft MusicMinecraft Songs