Why Minecraft Is THE Game for Girl Gamers 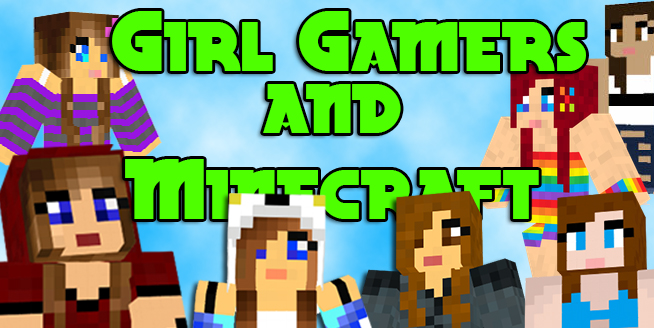 It’s crazy that we are in 2014, and there are still gamers who are shocked there is a female demographic. If you look at Minecraft users statistically, there are just as many women who play it as men.

So why is Minecraft the game of choice for female gamers? We interviewed Florida native, 21 year old Nichole Daniels, AKA @emoxlette on Twitter, and she tells us why Minecraft is such a big deal to her.

What got you into Minecraft and when did you first start playing?

“I began watching the youtube videos, SkyDoesMinecraft and AchievementHuter’s Minecraft videos is what made me decide to go out and purchase the Xbox360 version. The day I officially started playing minecraft was December 27 2013, I remember because Lets Play ( Achievement Hunters) episode 83 came out where they maxed the height of geoff’s house”

How do you feel playing video games which usually advertises to the male gender?

“There are some games which I did not start playing for a long while simply because they only gave the option to be the male character, and only seem to advertise to the male players. Now I don’t mind so much, but i would love to see more games giving females the same attitude as the males, because females play Call of Duty just as much as men.”

What is your favorite thing to do in the game?

“I love to build, its a great way to express my creativity, my favorite thing I’ve built would have to be my giant Companion Cube in my oversized world. Building Oversized creations is the best thing to me.”

What do you parents think?

“My dad is a playstation guy so he isn’t so happy about my love for Xbox, but my dad use to be a big gamer as well, so he is cool with it.”

Do you have girlfriends which also play the game with you?

“I shockingly don’t know any other female gamers in my area, I know there are many female Minecrafters out there in the world but I don’t know them yet, One day i hope to create an all female Server, so girl minecrafters can meet each other.”

Are there any other girl gamers you look up to? Even on Youtube?

“AmyLee33 was the first female minecrafter I began watching on Youtube, but I also look up to Aureylian, and icklenellierose”

Do you have a female skin, and avatar?

“On my Xbox I have several accounts, my main account that I play Minecraft on is actually a male avatar, my skin for my character however is a female, I use the skyrim mash-up pack and my skin is Astrid from the Dark Brotherhood.”

Do you prefer survival or creative?

“I prefer survival for the challenge but I do tend to play in creative more, because I like to create huge worlds that would take me forever in survival to make.”

What do you think about the Minecraft community? Do you usually play on servers?

“I love the minecraft community some of the people are so great, and have been supportive and creative with different maps and worlds. I have played on one server before it was StampyLongHead’s community world, but stopped soon after because of greifers, I may start up on IballisticSquids reef server soon because it looks like it could be great fun.”

What sort of Minecraft videos on youtube do you usually watch?

“Mod showcases, Lets Builds, and people building/playing in there worlds are mostly what shows up in my youtube, thats the biggest bulk of what I watch.”

What would be the selling point of the game, if you were trying to recommend the game to other women?

“The variety of the game, and the Mods that can turn this creative block game, into almost anything that is desired, from cookie creepers to pink ponies, if you dream it, it can happen!”

“Thanks Notch For such an amazing game!” 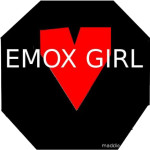 And check out her Youtube Channel: Emo X Girl

As mentioned, Minecraft is a game with something for everybody, 4 reasons why:

1.) It’s Creative – Lot’s of women engage with creativity, and the freedom to do so. Minecraft has this in abundance. You can build whatever building you want. Literally anything. All you need is an imagination and the tools to do so. A castle, a tower, anything.

2.) Friends – Minecraft isn’t a solitary affair. Thanks to its online status you can play with your friends as well. The multi-player function is extremely absorbing, and better than playing solo. If you are a female Minecraft newbie, make sure you do this before you quit.

3.) Building – It’s like Lego for computers. Most of the girls I knew as a child loved playing with Lego. So Minecraft is an interactive experience of a happy memory. Plus you don’t run out of blocks like you do with Lego.

4.) Avatar – For a long time the Minecraft avatar was male, and there wasn’t a female alternative. This was supposedly because the blocky nature of the game made females look too masculine. However you can change the skins to suit a female preference now.

In conclusion, Minecraft is for everyone, irrespective of gender. So please share no matter what gender you are :)

Hey Gearcrafters! Now It's your chance to share with us, just hashtag #YoGearcraft on your Twitter post with a link or image to your art, creations, videos, servers or whatever and it will appear right on our #YoGearcraft page for millions to see! It’s that easy! So what are you waiting for!? Give us a shout out #YoGearcraft!
Tags: femalegendergirl gamersladieswomen