Super League Gaming is a Minecraft tournament where you compete in Movie Theatres! A team of 5 kids from Maryland just won the second tournament, and took home a $15,000 prize! 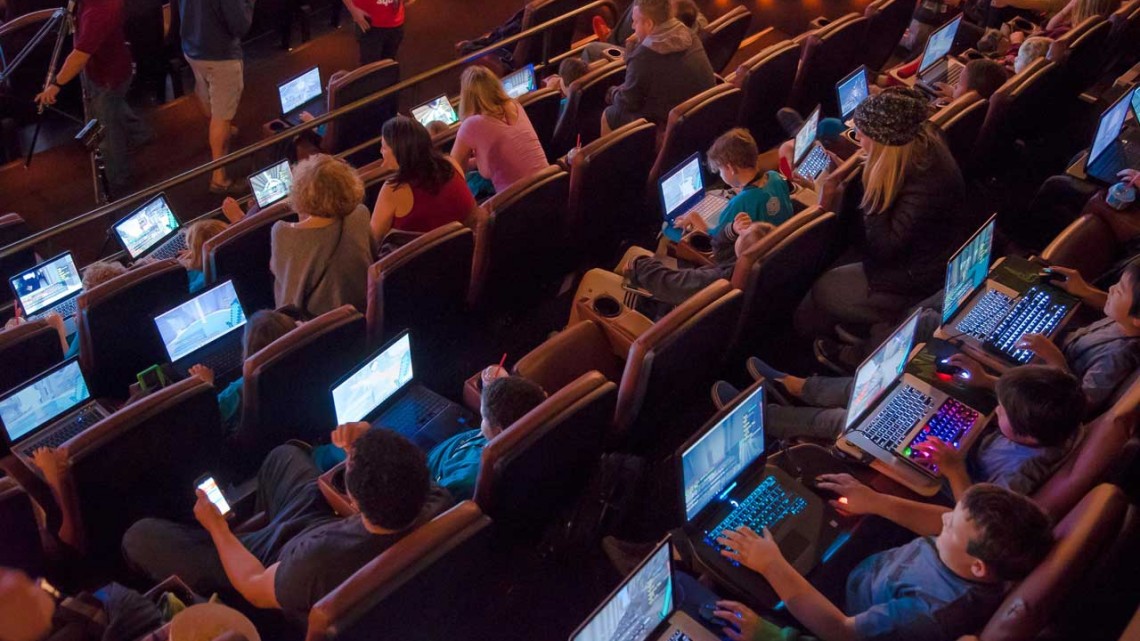 A team of 5 Elementary and Middle school students from Baltimore have won the Minecraft Super League Gaming World Championship. The young champions, aged 10 through 14, take home a $15,000 shared college scholarship after having beaten more than 450 teams and nearly 2000 players in the second season of the international competition.

The Minecraft tournament lasted four weeks, and spanned more than 68 cities across Canada and the USA. Teams competed in various custom game modes which tested creativity, critical thinking and teamwork, earning points in each game.

The individual competition was again won by Julien Wiltshire, a 10­-year­-old player from Los Angeles. This is a very impressive feat given that he beat twice as many competitors this season.

The first competition of it’s kind, Super League’s Minecraft championship sets itself apart by running tournaments in movie theatres, where gamers of all ages come together to compete face-to-face. Super League Gaming is rapidly expanding, from the first tournaments last year, to a 3rd season that will take place in 95 cities. Beginning April 30th. Signups are currently open at www.superleague.com, if you want to join.

Hey Gearcrafters! Now It's your chance to share with us, just hashtag #YoGearcraft on your Twitter post with a link or image to your art, creations, videos, servers or whatever and it will appear right on our #YoGearcraft page for millions to see! It’s that easy! So what are you waiting for!? Give us a shout out #YoGearcraft!
Tags: Julien WiltshireminecraftSuper League Gamingtournament