The Replay Mod is awesome. It's simple to use, and you can do just about everything. I'm still disappointed about the lack of shader support, but I think I'll get over it. While it might not completely revolutionise the cinematic community, this mod is pretty cool anyway.

By now, you’ve no doubt seen, if not heard of the recent release of the Minecraft Replay Mod. (You should have, given that I wrote two articles about it). In short, it’s a mod that adds replay functionality to Minecraft – play a game, open up the replay file, and you have the ability to fly around and watch the game unfold around you. The Replay Mod also adds the ability to create camera paths, and record what are effectively cinematic videos.

I’ve held off writing this review, despite the fact that the mod came out last week, since I wanted to use it in an actual video, rather than simply play around for half and hour, and then give my thoughts. I’ve now created said video – a trailer for the One in the Quiver games on the Gearcraft Server. You can watch this trailer above, to see what the Replay Mod is capable of.

I’m going to comment on the usability and functionality and give then some general thoughts I have. I’ll focus on real use cases of the mod, rather than an ‘ideal’ scenario. Primarily, I’ll be commenting on using the mod as a way to capture cinematic videos.

The mod requires Forge, but is fairly simple to install and use. By default it’s turned on for both singleplayer and multiplayer, so all you have to do is open up a world/server, and start playing. When you log off/exit the world, the replay will save. You can disable this in the options, as well as turning off a fairly obnoxious overlay that lets you know whether or not you are currently recording. (the idea isn’t bad, but it’s a huge icon in the corner of your screen that isn’t necessary).

Once you’ve got a replay file, you can view it by going to the replay viewer, and opening it up. The mod is fairly simple to use, if you’ve ever experimented with keyframe animation before. There are two different keyframes – time and position. You choose two different times in the replay (the start and end of the section you want to capture), and then positions where you want the camera to be during that timeframe. It can take a bit of practise to get everything working nicely together, but the ultimate result is an easy to use system that creates fancy camera paths.

One thing to be aware of is the fact that the mod will often have to load quite a lot of data in, which results in the inevitable waiting time between moving through the replay, and actually being able to see what you’re doing. This wasn’t a huge deal at first, but if you’re working with longer replays (3 hours+), it can become an issue the further into the replay you go. 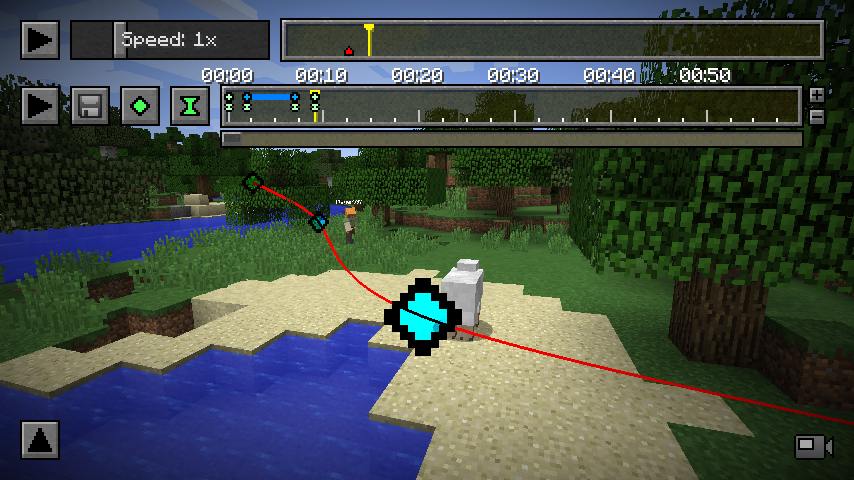 Overall, the replay mod is easy to use, and mostly makes sense. I didn’t use the asset manager a lot, but it seemed to be hard to exactly position objects, given that you have to type coordinates, as opposed to dragging things around.

This mod has a lot of functionality. Translation: you can do a lot of stuff. Camera roll, slow motion, spectating specific players, even just the ability to watch the replay at different speeds. If you can think of it, this mod probably does it. My favourite tool has to be camera rolls. If you watch the trailer for One in the Quiver, you’ll notice that I used rolls quite a lot. This was mainly a stylistic choice, but I also used it a lot because it was really easy to create.

If I were to make the trailer in the way I normally make trailers (with the Pixel Camera mod), it would have required a lot of choreographed action, or a huge number of takes. (planning where players would be fighting, hoping that my preprepared camera path worked out). With the Replay Mod, I was able to just play the game, then go in later and create smooth camera paths.

My only gripe in terms of functionality is the lack of shader support. If I’m making a trailer, I want it to look pretty. My computer is more than powerful enough to run shaders, and if you saw the trailer I made for the server’s opening, you’ll know that they look pretty. With shader support, this mod would be amazing. Without, it’s not quite as strong a sell for me.

The lack of shader support is a pretty big deal breaker for the Replay Mod. While it makes life easier to have infinite control over how my camera moves are, I’d still rather work in realtime with shaders.

The other area I want to discuss is the idea of the “Replay Center”, and the community that the mod is trying to create. Within Minecraft, you can watch other people’s replays if they share them, the idea behind this to create a community of sorts, where people can share and watch other replays, thus creating an entertainment market. I’m not exactly sure how this will workout for the creators of the mod. I get the idea behind it, but I think that most people using the mod won’t be wanting to share their replays. That being said, it could be quite a big advertising opportunity for servers, so I think I’ll be keeping an eye on the replay center for a while still. 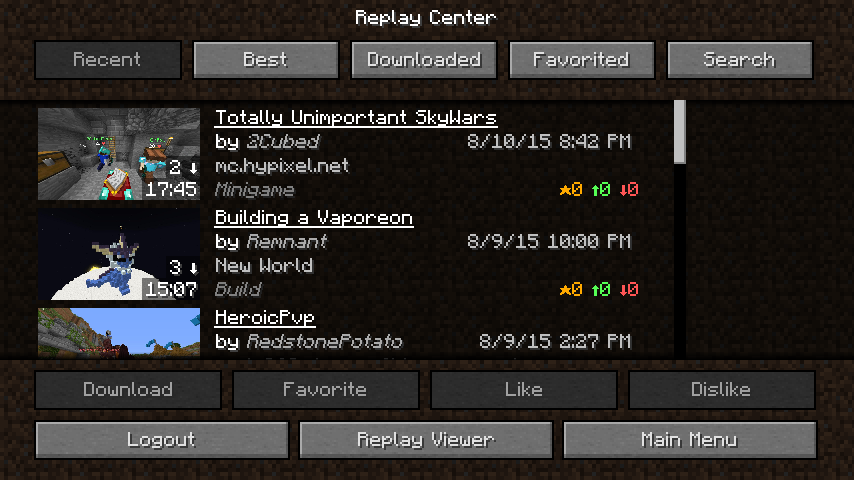 The Replay Mod is awesome. It’s simple to use, and you can do just about everything. I’m still disappointed about the lack of shader support, but I think I’ll get over it. While it might not completely revolutionise the cinematic community, this mod is pretty cool anyway.

Hey Gearcrafters! Now It's your chance to share with us, just hashtag #YoGearcraft on your Twitter post with a link or image to your art, creations, videos, servers or whatever and it will appear right on our #YoGearcraft page for millions to see! It’s that easy! So what are you waiting for!? Give us a shout out #YoGearcraft!
Tags: awesomedownloadminecraftmodreplayreview