Minecraft Suggestions from the Fans

We asked our fans what they would like to see in future updates of Minecraft; this was their list. 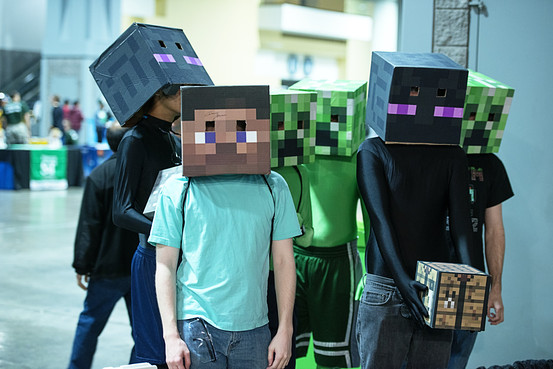 Minecraft has evolved so much since it’s first incarnation and it’s all due to their fans. Modders have done a great deal to the game, but the fans want more, and they want official updates which contain these changes.

We asked our Gearcraft fans what they would like to see in future updates and these were their suggestions:

@GearCraftus do something with PE mine craft!

@GearCraftus I want them to add animations for when you die or when mobs die — EnderSteve95 (@EnderSteve95) August 26, 2015

@GearCraftus they should have another boss

@GearCraftus How about……… more potions, like potion of blindness and potion of leaping? (For Xbox, btw) — Aaron Kent Paulus (@iAaronicBird) August 27, 2015

Hey Gearcrafters! Now It's your chance to share with us, just hashtag #YoGearcraft on your Twitter post with a link or image to your art, creations, videos, servers or whatever and it will appear right on our #YoGearcraft page for millions to see! It’s that easy! So what are you waiting for!? Give us a shout out #YoGearcraft!
Tags: Minecraft suggestions