Minecraft: Story Mode has finally received a release date (at least for the first episode!) I can't wait for the awesomeness that's coming! 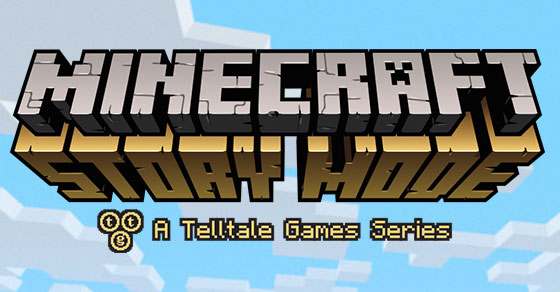 Minecraft Story Mode – the Telltale Games spinoff of Minecraft has finally been given a release date. The first Episode will be released on Tuesday October 13th, and will be called “The Order of The Stone”. The game is available for PC, Mac, PlayStation 3, PlayStation 4, Xbox 360, Xbox One, compatible iOS devices, and Android.

Minecraft Story Mode is an adventure game being created by Telltale Games, which is set in a Minecraft World. We first heard about it last December, and since then there hasn’t been a lot of information besides the trailer below, and recent news that the game will let you choose from a variety of skins for the protagonist – something not done in most other Telltale Games.

Are you excited for Minecraft: Story Mode? Let us know in the comments below!

Hey Gearcrafters! Now It's your chance to share with us, just hashtag #YoGearcraft on your Twitter post with a link or image to your art, creations, videos, servers or whatever and it will appear right on our #YoGearcraft page for millions to see! It’s that easy! So what are you waiting for!? Give us a shout out #YoGearcraft!
Tags: minecraftMojangnewsstory modetelltale games