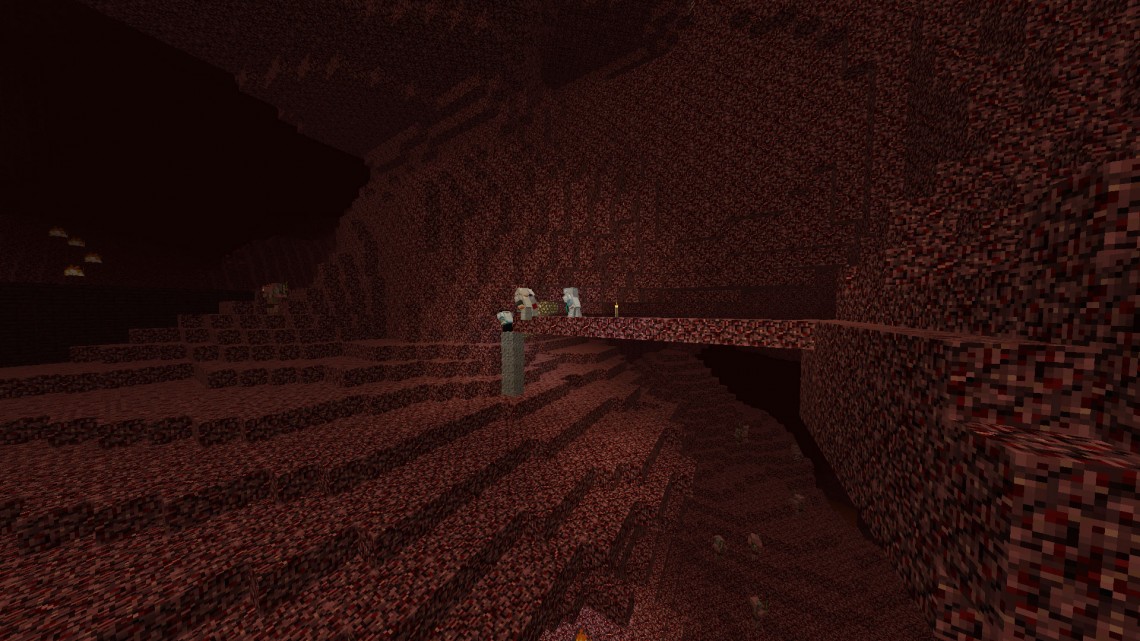 With Minecraft 1.9 now fully released, it’s time to look to the future. Specifically, to Minecraft 1.10, the next confirmed update. As with any Minecraft update, Jeb has been tweeting out sneak peeks already, and speculation is rife. So, what do we know so far?

Jeb has recently been tweeting sneak peeks of 1.10 – with two images released at the time of writing. The first shows an Enderman in the Nether, something which doesn’t normally happen. 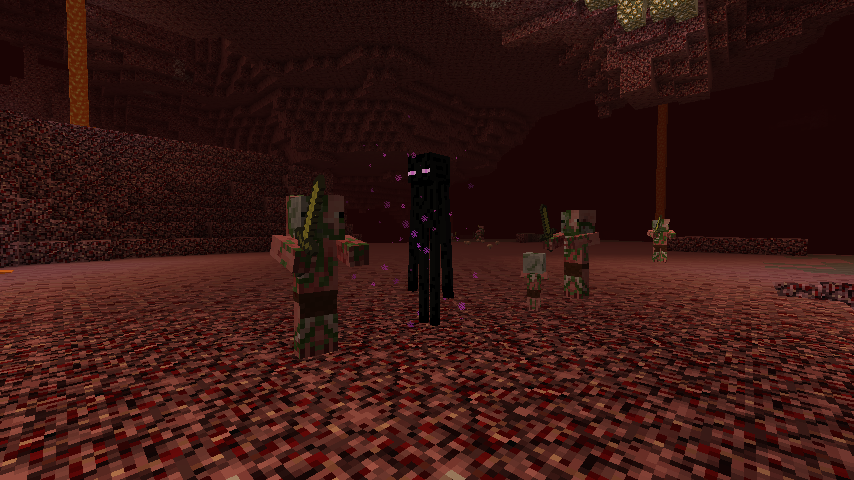 The second appears shows a new block, which appears to cover sections of the surface, but not the walls. The block looks like some form of lava brick, although this is simply speculation on my part. 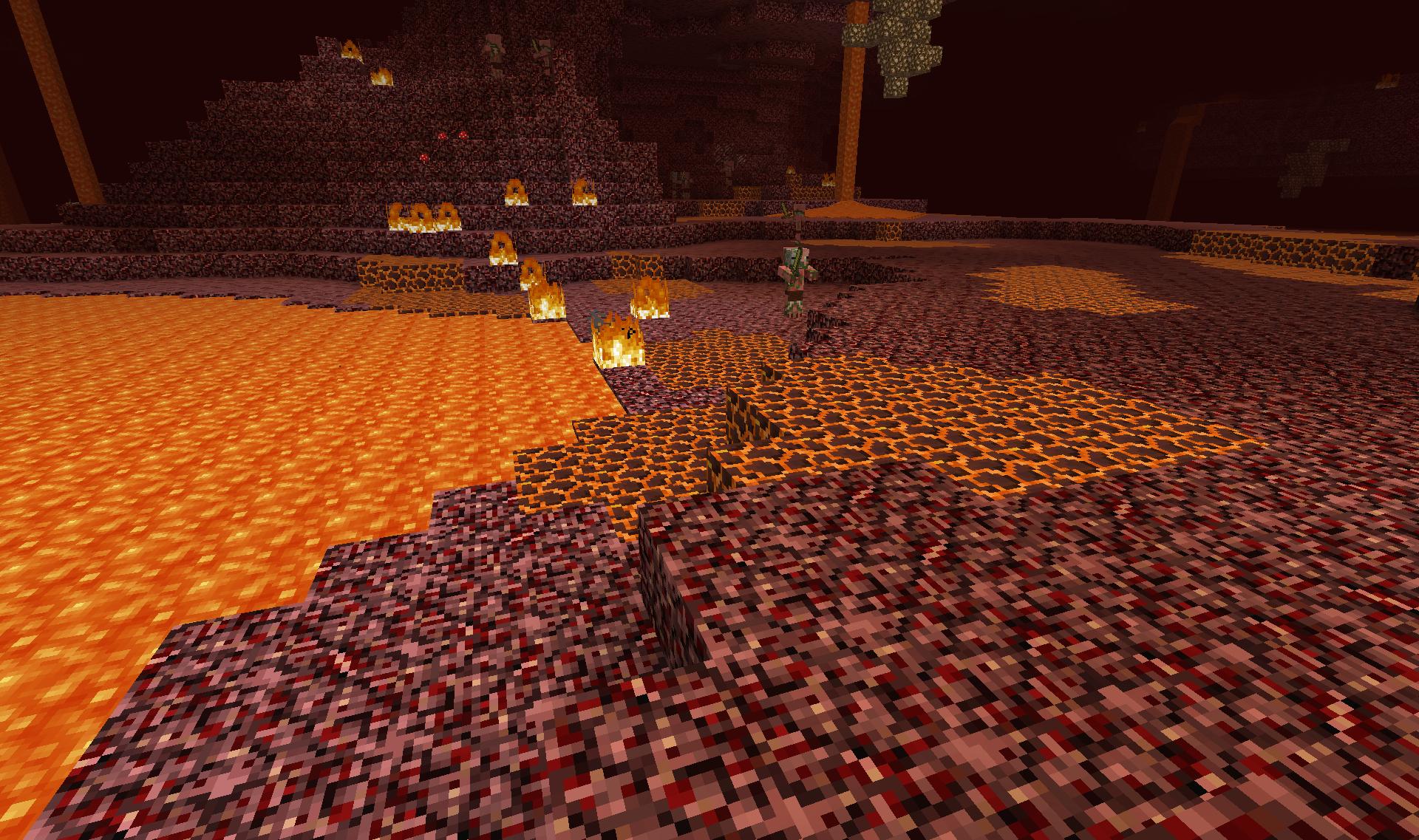 Both of these tweets directly indicate that version 1.10 has something to do the nether. However, it’s not direct confirmation, so lets look at some of the other evidence that points towards a Nether Update.

(Note, the term recent is relative, given that it took more than a year for Minecraft 1.9 to come out)

Recent updates to Minecraft have seen a lot of work done to both the Overworld and The End, which suggests that the next target might be The Nether.

Minecraft 1.7 – The Update that Changed the World

Minecraft 1.7, released all the way back in October 2013, was a major update that added Mesa, Savannas, Ice Spikes and a number of other biomes to the world. This was the first of two updates to directly improve the Overworld, the second being Minecraft 1.8

While Minecraft 1.9 might be called the “Combat Update”, it might more aptly be named “The End Rework”. The End saw a complete overhaul during Minecraft 1.9’s development, from adding the ability to respawn the Enderdragon, to the creation of End Cities — vast aerial dungeons complete with awesome end-game loot (the Elytra), and lots of Endermen and other mobs to fight. This massive overhaul was completed in one update, although that update took 545 days.

History of the Nether

First released during the Halloween Update of 2010, The Nether was touted as a scary new realm to explore. Ghasts, zombie pigmen, netherrack, soulsand and glowstone were integral parts from the start. The Nether was next updated in 2011 as part of the official Minecraft 1.0 release. This took the form of Magma Cubes, Nether Fortresses, blazes, and the like. Since then, the last real updates have been in 1.4.2 & 1.5, where Wither Skeletons and Nether Quartz ore were added.

It’s now been three years since Minecraft 1.5 – The Redstone Update, and therefore three years since the Nether saw any notable additions. Mojang has spent the last few years working on other dimensions, so it’s likely that their attention will turn to The Nether. What then are some new features we could see? Here are a few which I think should be added:

If Minecraft 1.10 is the Nether Update that we’ve all been waiting for, it’s likely that Mojang might aim for a Halloween 2017 release, to keep in line with the original release. However, for now we’ll just have to wait and see.

What do you want to see added to the Nether? Let us know in the comments below!

⇒ Want a Minecraft Server? Get 15% off your first month with AnvilNode by using the code Gear15.

Hey Gearcrafters! Now It's your chance to share with us, just hashtag #YoGearcraft on your Twitter post with a link or image to your art, creations, videos, servers or whatever and it will appear right on our #YoGearcraft page for millions to see! It’s that easy! So what are you waiting for!? Give us a shout out #YoGearcraft!
Tags: Jebminecraftminecraft 1.10netherUpdate

Previous post The Betweenlands Mod — a Dark and Hostile Dimension for You to Explore!