7 Rare Items You May Never See in Minecraft 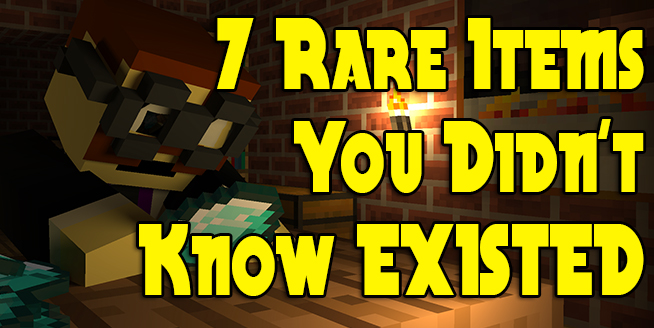 These materials/items are so rare, you might not even know they exist!

1.) Dragon Egg – only obtainable by killing the Ender Dragon. A dragon egg is a block that spawns on top of the bedrock portal created by the defeat of the Ender Dragon in The End. When the player clicks the egg, it will teleport several blocks away (in Creative mode, it will break instead). They currently have no explicit purpose, but are tricky to collect.  On March 13th, 2014, Dinnerbone tweeted about that he might add a Dragon Egg feature in his “Ultimate Plan”, but he hasn’t discussed this with the Mojang team yet.

2.)Horse Armor – Only found in dungeons, Nether Fortresses, Desert/Jungle temples, and NPC villages. Horse armor is a special type of armor that can be given to a horse to wear. Horse armor has infinite durability and can be found in dungeons as well as Nether fortress chests, Village Blacksmith chests, Jungle Temple and Desert Temple chests, and in abandoned mineshaft minecart chests. Horse armor protects the horse from attacks. Horse armor cannot be crafted.

3.) Music Discs– Only gained by tricking skeleton into shooting a creeper with its arrow. Also, discs “13” and “cat” are found in 8% of dungeon chests.

4.) Ender Pearls – A rare drop from a rare mob (Endermen). Ender Pearls are useful to teleport to hard-to-reach locations, such as up/down/across ravines or cliffs. They are also useful to escape death, such as if the player is trapped by a group of mobs or if the player accidentally falls in a pit of lava.

6.) Golden Apple – The golden apple is a rare food item. They are moderately difficult to obtain, but are one of the most beneficial food items. They can be crafted, and are very rarely (~0.66% chance) found in dungeons and strongholds. Enchanted golden apples are similar to the original golden apple, but are much more powerful and much more expensive to craft. They can only be obtained through crafting. Enchanted golden apples grant Regeneration V for 30 seconds, Absorption for 2 minutes, and both Resistance and Fire Resistance for 5 minutes. Enchanted Golden Apples shine purple, much like other enchanted items. They can be used for taming and breeding horses but cannot be used to cure zombie villagers.

7.) Nether Star – The Nether Star is extremely rare and is considered one of the rarest items in the game due to the length of time it takes to acquire the skulls needed to create the wither that drops the Nether Star. The boss fight itself is not that difficult, due to the many different methods that make the fight much easier. The Nether Star can not be blown up when dropped by the wither. This is so in case a wither skull hits it you don’t lose it.

How many of these items have you found?

Make these items not so rare by sharing this info with your friends.

Hey Gearcrafters! Now It's your chance to share with us, just hashtag #YoGearcraft on your Twitter post with a link or image to your art, creations, videos, servers or whatever and it will appear right on our #YoGearcraft page for millions to see! It’s that easy! So what are you waiting for!? Give us a shout out #YoGearcraft!
Tags: In Game

Previous post This guy FORCES Minecraft to generate a Quad Skeleton Spawner. Worth every minute of your time. 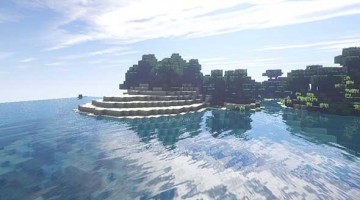 See How Greenery Can Improve Your Scenery 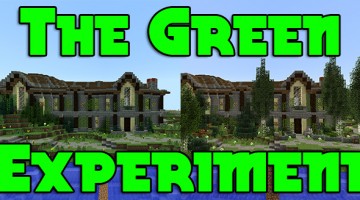 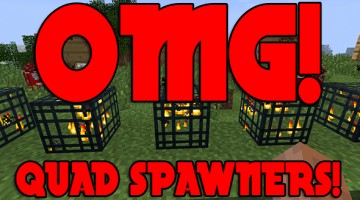